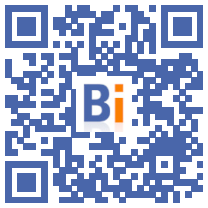 The oil and gas group Cepsa announced Thursday, December 1, three billion euros of investment in a vast green hydrogen production project in Andalusia, in the south of Spain, presented as the largest of this type in Europe .

This project, called "Andalusian Valley of Green Hydrogen", will allow the production of 300.000 tons of this gas considered crucial for the decarbonization of the economy, over a vast area located between Cadiz and Huelva, said the Spanish company. in a press release.

It will be accompanied by an additional investment of two billion euros for the development of wind and solar farms and should generate "10.000 jobs", according to the group.

Hydrogen production will be "a vital contribution to the energy transition and the security of supply of the European continent", underlined the CEO of Cepsa, Maarten Wetselaar, during a press conference alongside Spanish Prime Minister Pedro Sanchez.

According to the latter, the investment made by Cepsa should allow Andalusia, which benefits in particular from strong sunshine all year round, to become "one of the most competitive regions in the world in terms of the production of hydrogen" green from solar and wind energy.

Green hydrogen is currently booming in Spain, which is seeking to establish itself as a key player in the energy transition in Europe.

This gas, produced by breaking down water molecules using an electric current (whose origin may or may not be renewable), releases only water vapor when burned, unlike fuels fossils.

It can be used to replace coal in industries that need a lot of heat, such as steelmaking, and is seen as a future solution for running buses, trains and even planes.