Building without artificialising the land, the new dilemma of commercial zones 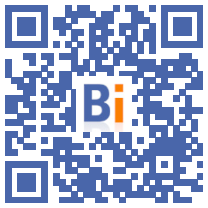 No more large construction sites in the middle of the fields: the Climate law promulgated in August severely restricted the construction of commercial zones, to fight against the artificialization of soils, forcing the sector to find new solutions.

In principle, almost everyone agrees that we must stop replacing fields and forests with concrete. "From a citizen point of view, we know that we must calm down a bit," assures AFP Jean-Michel Pacaud, chairman of the supervisory board of the promoter JMP Expansion.

With the abandonment of major projects such as Europacity in the Paris suburbs or Val Tolosa near Toulouse, after lengthy legal proceedings, the promoters also understood that this type of installation risked being badly received by the public.

Is it really that bad, in a country where most medium-sized cities already have at least one shopping mall?

For commercial real estate professionals, the answer is yes. First, because the market for "retail parks", open-air commercial spaces, is booming: it is a model that works well on the outskirts of cities. But above all because until now, many shopping centers financed their renovations through extensions: by adding more stores, we ensured an inflow of money for the modernization work of the existing building.

To continue on this model, promoters must look to other solutions. Some build on their car parks, for example. But removing the parking lot involves a risk, believes Pierre Rochard, of the Arthur Lloyd firm: that of seeing attendance drop.

Another solution is to set up on wasteland, such as the Shopping Promenade d'Arles: a shopping center of around 20.000 square meters opened in October 2019 and managed by Frey, who is located on the site of a former Lustucru pasta factory.
"On brownfields, there is still a big problem linked to pollution control. There is more potential today for the restructuring of commercial areas", comments to AFP Antoine Frey, CEO of the landholding company. same name, which is also developing a project of this type in Strasbourg.

With urban sprawl, many outlying shopping centers have in particular been caught up by the city and can be transformed by adding collective housing, offices or leisure spaces, which make it possible to finance the project. For example, Altarea is building an eco-district in Bobigny, with around thirty shops, on the site of the old Bobigny 2 center, demolished this year.

"This type of project can only be done in large conurbations", nuance Pierre Rochard.

Because in less dense areas, residents will not necessarily see the benefit of settling on the outskirts in collective housing, while individual houses or housing closer to cities are available.

Despite these solutions, a feeling of injustice remains for many commercial real estate professionals who believe that e-commerce warehouses should also have been targeted by the law.