An investigation for "favoritism" concerning Vinci closed without follow-up 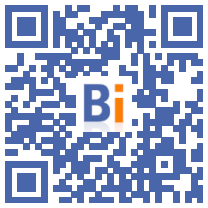 An investigation for "illegal taking of interests and favoritism" concerning the attribution to Vinci by the regional council of Ile-de-France of a construction contract for two secondary schools in Ile-de-France has been closed, we have learned from consistent sources.

This investigation, opened on July 8, 2019 by the Paris prosecutor's office, had been entrusted to the Brigade for the repression of economic crime.

The procedure "was closed in December 2020 for lack of sufficiently characterized offense", confirmed to AFP the Paris prosecutor's office.

"The prosecution took this decision at the end of an investigation which lasted two years and produced dozens of reports. This classification without follow-up is therefore the fruit of exhaustive police and judicial work", he said. congratulated defense lawyer Thibault de Montbrial, questioned by AFP.

In January 2019, the regional opposition adviser François Damerval (ecological and social alternative) had seized the prosecutor on "possible links of interest involving an administrative official of the region".

In his letter, he referred to the award of a public-private partnership contract to Vinci Construction, for the construction of two high schools in Palaiseau (Essonne) and in Pierrefitte-sur-Seine (Seine-Saint-Denis) for 150 million euros. He noted that the deputy director general in charge of the high schools pole, who had followed the file, was, before joining the region, an executive of Vinci Construction.

The opposition adviser considered that there was a "risk of conflict of interest".

"The procedure was scrupulously respected", retorted Valérie Pécresse, the president (Libres!) Of the region, considering that there had been "damage to the reputation of the regional institution".