MEPs vote to ban the rental of "thermal strainers" in 2028 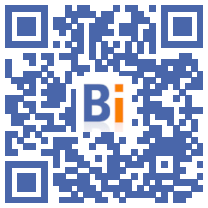 The deputies voted Sunday in committee to ban the rental of housing "thermal strainers" in 2028, as provided for by the climate bill which is expected in the hemicycle at the end of March.

One year after the promulgation of this law, it will be prohibited, when renewing a lease or re-letting, to increase the rent of these homes classified F and G in energy performance, to the number of 5 million.

And from 2028, they will no longer be classified as "decent housing" and will therefore be prohibited for rental.

Thus, "one cannot consider as decent a thermal strainer", underlined in front of the deputies the Minister for Housing Emmanuelle Wargon. She believes that the first step in the rent freeze should serve to "raise awareness of the owner".

"The law crantes" this criterion of decency and successive governments will not be able to vary it, she opposed to LR deputies who considered that a decree was sufficient.

Both the right and the left have called for strong support measures for owners who have to do work, which is not always easy, the minister having promised announcements on the matter when the bill passes through the chamber.

Reserved as to the effectiveness of the measure, the former Socialist Minister of Ecology Delphine Batho as well as the rebellious Danièle Obono considered that it was up to the tenants, "often precarious, to assert their rights" in court in case of energy-intensive housing, and that it was therefore not a real ban on rental.

But Ms. Wargon like the co-rapporteur Mickaël Nogal (LREM) took issue with them, the former recalling her attachment "to real rights" rather than "formal".

A handful of "walkers" have demanded in vain that rural areas be excluded from the supervision of rents in 2023. Conversely, but without further success, the Socialists demanded a 10% drop in rents for housing classified F and G, thereby following a recommendation from the Abbé Pierre Foundation.