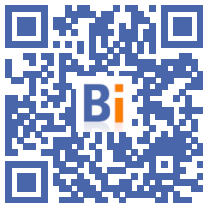 We still only see the yellow foundations, but soon the wind turbines of the Saint-Nazaire offshore park, the very first in France to come into service, will begin to supply electricity. "It's deliverance!", Rejoices a figure in the sector, after ten years of waiting.

In this clement end of September, the teams are busy laying 80 steel foundations, spread between 12 and 20 km off the coast of Pouliguen and Le Croisic, over 78 km2. Each boat has its role: cable, finishing the connections ... And then this large vessel / platform planted on retractable "legs", responsible for driving the stakes into the ground, as deep as the water is high (13 to 25 m depending on the location).

"It's like a nail that you hit with a big hydraulic hammer, with a lot of electronic intelligence", explains Olivier de La Laurencie, the director of this EDF Renewables project at 2 billion euros, emphasizing the feat, on a fractured rock bottom.

In the middle, the electric "substation", connecting the wind turbines and responsible for returning the current to earth via a semi-buried cable, is in place.

The installation of giant 153 m wind turbines (blades included), with an installed capacity of 480 megawatts (MW) capable of supplying 700.000 people, will remain for the spring.

In the meantime, these "mills" with red ends (French obligation) will be assembled and tested in the port, in the hub managed by their manufacturer, General Electric (GE): "we recreate the offshore conditions there", in particular with the shipment high voltage current, describes Emmanuel Charlopain, the project director.

Objective: to start production in mid-May, for general commissioning at the end of 2022 ... more than 30 years after the opening of a first park in Denmark. Despite its 2.800 km of coastline in mainland France, France is also lagging far behind the United Kingdom, Scandinavia and Germany.

This day will have been long awaited, since the site of this offshore park in Saint-Nazaire was awarded in 2012 to EDF and the Canadian company Enbridge.

"Learn to live with"

In 2009, France decided to get started, allocating four first parks. But, from administrative procedures to appeal, none materialized. Today, the complaints having been purged, construction has also started for Fécamp, Courseulles-sur-Mer and Saint-Brieuc. Other parks are in the pipeline.

In Saint-Nazaire, residents of La Baule protested, on visual arguments.

A shuttle is monitoring the site, but so far no incident to report, unlike Saint-Brieuc, target of angry fishermen who fear for their activity.

In Saint-Nazaire, it's another fishery, not by trawl; the layout of the cables follows the currents in particular, avoiding certain sectors. Industrialists say they have tried to respond to fears in more than 1.000 meetings, and France has decided to let fishermen work in the parks. Perhaps boaters will one day be authorized there, notes Mr. de La Laurencie, for whom "we will have to learn to live with it".

On the boat, the president of the Renewable Energies Union (SER), Jean-Louis Bal, smiles: "We've been working on the development of offshore wind power in France for ten years. It's deliverance!" . "This park will make it possible to overcome apprehensions, such as the impact on the landscape. We will see that fishermen can continue to exercise their profession. And then an industry emerges. We will be able to accelerate."

The sector also has a strong argument: prices have fallen drastically for 3-4 years. At 60 euros per MWh (connection included), the price of marine wind power has become competitive.

To fight against global warming and meet its needs, France wants to increase its carbon-free electricity production by 40% by 2050, according to its "low carbon strategy". The interministerial committee for the sea has estimated its marine wind potential at 49 to 57 GW by 2050, or the equivalent of around a hundred wind farms like that of Saint-Nazaire.

To achieve such a rise in power, the manufacture of ever larger wind turbines and the use of floating wind turbines, which will make it possible to settle further offshore, may help. But above all, the sector demands planning.