10 years of Clareo, a look back at a success story 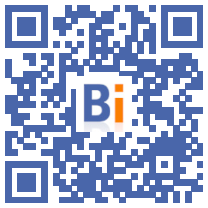 Next January 25 Clareo will celebrate its 10th anniversary, an opportunity for the company to look back. Olivier Maschino and Damien Sipos, the founders would not have dared to imagine in 2012 sending themselves, from their 15m² garage, orders for their unique product reference; today's balance sheet.

This assessment alone demonstrates a great success story: Clareo achieves a turnover of 2021 million euros in 25, has a storage space of more than 20.000 m2, employs 70 people, and begins to develop in international.

In 10 years, the company has succeeded in establishing itself as a key player in the LED lighting market, with a unique positioning as a manufacturer and distributor.

Thus, this anniversary marks a decade of growth, sharing and commitment to offer the best in LED lighting.

Since its creation, the company has experienced at least double-digit growth every year. 2021 is no exception to the rule, because the company achieved, despite the economic situation, 33% growth and a turnover of 25 million euros.

Clareo has also recorded the strongest growth in the LED lighting market this year.

A single product in 2012, 84 in 2013 and Clareo now offers a range of 2.000 product references, including 250 designed for 2021 alone. The company develops increasingly innovative products on a daily basis with the emergence of Smart lighting and smart buildings.

On this level, the evolution of Clareo is also impressive. In 10 years, the company has multiplied by 60 the number of products sold. For the first time in 2021, the million products sold have been exceeded.

In 2014, Clareo recorded for the first time a "Grand Project", for an amount of €70.000; 4 "Major Projects" were carried out in 2015. This period is over since in 2021, 57 "Major Projects" were signed. Clareo therefore accompanies its customers on a daily basis on all possible projects, whether from retail to industry, including offices, hotels, or residential.

Sales and technical teams among the largest on the market

Clareo will celebrate its 10th anniversary surrounded by its 70 employees. Today, the company has 35 sales staff and 15 engineers and therefore has one of the largest sales and technical teams in France in the LED lighting market.

Clareo's success story would obviously be nothing without the support and trust of its customers. Clareo provides daily support to its electrical installer customers such as SPIE, ENGIE, VINCI, but also developers, architects and specifiers. For 10 years Clareo has had very good references such as the headquarters of France Télévision, the cellars of Moët et Chandon and the European Hospital Georges Pompidou.

In order to continue its revolution, Clareo has many prospects for the year 2022.

Indeed, the company will continue its international development while continuing to meet demand in France by focusing on Smart lighting. Finally, aware of current issues, the company wishes to place the issue of sustainable development at the heart of its development.