Floating wind farm off Port-St-Louis-du-Rhône: the floats are ready 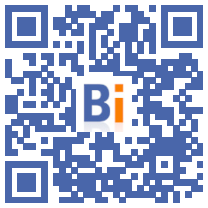 They measure more than 40 meters each and weigh 2.000 tonnes: three floats intended to accommodate a pilot fleet of floating wind turbines in the Mediterranean, off Port-Saint-Louis-du-Rhône (Bouches-du-Rhône), at the horizon 2023, were unveiled on Monday 14 November.

"We have passed a very important stage, we have finished assembling the upper parts of the floats", welcomed Christine de Jouëtte, director of the Provence Grand Large project, carried by the electricity producer EDF Renouvelables, during a point Press.

Once these floats have been launched, the assembly phase will begin, then the installation on the site, 17 km offshore, scheduled for next summer, details EDF Renewables, which considers that this is the project of floating wind turbine "the most advanced in France".

With its 2.800 km of coastline, France decided to embark on offshore wind power in 2009, but no floating project had materialized until now. Here, the project was the subject of three successive public inquiries, today purged of any appeal.

If France wants to achieve carbon neutrality by 2050 to fight against global warming, all projections highlight the essential role of offshore wind power, whether the country is relaunching nuclear power or not.

Floating wind turbines, a technology that is still immature but of which Europe is a pioneer, are making their mark in the Mediterranean where the sea floor is sinking rapidly.

These floats, built on the Eiffage Métal site in Fos-sur-Mer (Bouches-du-Rhône), will be connected at a depth of 100 meters by taut lines, more stable than the catenary anchors used so far in the floating wind, detailed Stéphanie St-Hill, commercial director of renewable energies for the company SBM Offshore.

This will also make it possible to have a very small footprint for this project, whose impacts on marine fauna and birds have been anticipated as limited and will be monitored, assured Philippe Veyan, Director of Territorial Action and Authorizations at EDF Renewables.

The three wind turbines should produce 25 MW in this industrial-port area swept by the mistral and the tramontana, enough to supply the equivalent of electricity for a city of 45.000 inhabitants.

Financed in part by public funds, this 300 million euro project is destined to remain a pilot in order to test the floats and the impacts, in particular environmental, in order to refine future commercial calls for tenders, particularly in France.

"We are targeting all the places where the depths cannot allow landed wind power", from the Mediterranean to China, said Christine de Jouëtte.

In the French Mediterranean, three pilot farms are immediately expected: in addition to Provence Grand Large, the EolMed project off Gruissan (Aude) and the wind turbines in the Gulf of Lion.