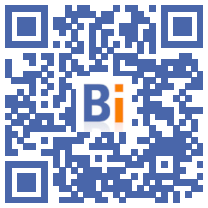 Three buildings, where 17 people were, were evacuated overnight from Saturday to Sunday November 27 in the center of Lille due to a "threat of collapse", firefighters announced, two weeks after the collapse of two buildings that had caused one death in the same area.

Three other buildings had already been evacuated by the town hall this week in another street, a few hundred meters away.

On Saturday, help was called around midnight rue Lepelletier, a shopping street in the heart of "old Lille", they say in a press release. "In total, 17 people in three buildings were evacuated. A security perimeter was carried out and a danger order was drafted by the town hall of Lille", they specify.

In the early morning, security barriers blocked access to part of the street, noted an AFP journalist. They thus closed the entrance to these three buildings, a restaurant and two shops located on the ground floor, as well as a jewelry store and an optician located opposite.

The emergency services "found cracks at the level of the party wall" between numbers 28/30 and 32, explains the town hall of Lille in its decree posted on the spot. "According to the employees of the Orange Bleue restaurant, the crack that already existed (...) has evolved by getting bigger in the last 48 hours with cob falling", and "cracking noises were heard" at the end of the evening, specifies this text.

The municipal services have thus deemed it necessary to "prohibit access" to the three buildings with a total of forty apartments, and to the two shops located opposite, until expertise is carried out, according to the decree.

On Wednesday, the city had already evacuated two buildings on rue de la Monnaie, a few hundred meters away. “Alert by the syndic” of “the existence of structural problems” on one of the two buildings, the municipal services had been able to note “worrying cracks”, explained the town hall to AFP.

After an expertise, a third building, adjoining, had to be evacuated on Friday. In total, "about fifteen people" had to be relocated with the help of the services, in hotels or with relatives, the same source said.

Three shops located on the ground floors of the buildings had to be closed.