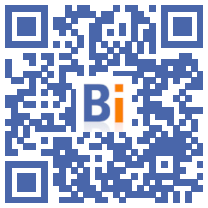 The prefect of Morbihan ordered the dismantling of the three wind turbines in the Guern park, declared illegal by the courts but still in operation, we learned from the prefecture on Monday.

"Following the recent decision of the Council of State rejecting the summary appeal, the prefect decided, on January 6, 2022, to sign a decree to remove the park (equivalent to dismantling)", indicated the prefecture by email .

The Guern wind farm was commissioned in 2008 by the company SNC Guern Wind Farm after a building permit issued in 2005.

"Its location was contested from the outset by residents because of its proximity to homes (380 and 450 meters) and its impact on the natural environment," their lawyer, Sébastien Collet, told AFP.

"It is a great satisfaction for residents to see that court decisions are finally respected," he said.

"As the duration of a wind farm is 15 to 20 years, the multiplication of procedures has made it possible to operate the park for ten years and to make a profit to the detriment of local residents," he said, however. regretted.

In 2009, the residents had obtained in court the cancellation of the building permit, a decision confirmed in cassation in 2012 "for reasons of public security due to a risk of projection of two blades on two houses", specifies the prefecture.

In 2013, the prefect refused the operator's request for regularization, the new rules for installing wind turbines imposing a minimum distance of 500 meters from homes.

"It was not until December 2019 (...) that the Council of State confirmed the illegality of the administrative situation of the Guern wind farm", continues the prefecture.

In April 2020, the prefect then gave the operator formal notice to regularize his situation, which implied a cessation of activity or the purchase of houses located within the 500-meter perimeter.

The operator, who contested the order and continued to operate, was fined 1.000 euros per day of delay in May 2021.

On December 30, 2021, the Council of State ultimately ruled inadmissible his summary appeal.

A decision on the merits concerning the challenge to the administrative sanctions is expected in 2022, but the prefecture considers that "the dispute concerning the operation of the park (...) has been exhausted since the end of 2019 and has concluded that it is irregular".

The operator's lawyer, contacted by AFP, stressed that "the Nantes administrative court of appeal is still studying the question on the merits".

"The question has been pending for about a year and is not resolved," insisted Me Christoph Schödel. "There were decisions in summary, but the courts must first rule on the merits. Depending on the result, we will advise."