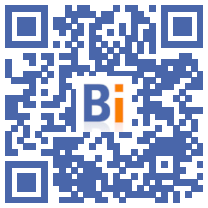 Since the 2018 reform on capital taxation, which notably abolished the solidarity tax on wealth (ISF), there have been more wealthy households returning to France each year than expatriations, according to the latest figures. of the reform assessment committee published on Thursday 20 October.

“Since 2018, the number of returns from households taxable at the IFI [the tax on real estate wealth, which replaced the ISF, editor’s note] exceeds the number of departures (380 versus 220 in 2020), while we observed the opposite for the flow of taxpayers to the ISF (470 versus 1.020 in 2016)", indicates the committee, set up under the aegis of France Strategy.

These are households that declare a property portfolio of 2,5 million euros on average.

However, the Committee specifies that these are "small numbers" and that it is therefore not possible to establish a clear causal link between the reform of capital taxation and the fall in the net balance of expatriations.

“It is not a scientific evaluation but […] a presumption of link”, specified Cédric Audenis, deputy general commissioner at France Strategy, during a press conference.

The abolition of the ISF was accompanied in 2018 by the introduction of the "flat tax", a single flat-rate levy on capital income, in order to encourage the wealthiest taxpayers to invest in the economy.

This reform of capital taxation was widely defended by Emmanuel Macron in 2017.

The committee notes that since then, the dividends paid by companies have increased significantly, by around 10 billion euros. In 2020, they "maintained at a level comparable to that of the two previous years" at 23,6 billion euros.

This allowed the flat tax to "self-finance", according to Mr. Audenis.

Capital gains, which correspond to gains related to the sale of shares or companies, have however decreased by 2 billion euros over one year.

The valuation committee notes that dividends and marketable capital gains remain concentrated on a small number of households.

Last year, the committee published a report on the figures for 2019 in which it assured that "no effect is identified on investment, neither after 2013 (reform of the taxation of dividends), nor after the 2018 reform".

It will speak again on the subject in 2023, after more in-depth studies, in particular on the impact of the reform on business creation or on expatriation.