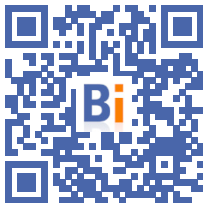 Twenty years after the AZF disaster, the chemical plant disappeared, making way for a cancer research center and a photovoltaic power plant, but the epicenter of the explosion, the old "crater", remains a unclean wasteland.

Parts of the former 70-hectare site in the south of Toulouse are now open to the public, starting with the memorial in memory of the victims of the most serious industrial disaster in France since 1945.

A few meters from this monument evoking the "crater" left by the accidental explosion which left 31 dead and thousands of other victims, on September 21, 2001, pedestrians are walking in the sun on a cycle path.

Heading north, you get closer to where the 300 tonnes of ammonium nitrate, a substance used to make fertilizer, really exploded. But, before arriving there, we find the door closed: the remains of the "crater" 50 meters in diameter are on a wasteland fenced and prohibited access.

Unlike the rest of the site, this land has not been cleared because it is still under judicial seal, told AFP Toulouse Métropole and TotalEnergies, formerly Total, whose subsidiary Grande Paroisse owned the site in 2001.

Only after this depollution, a "reflection" on its future can be initiated, specifies Toulouse Métropole.

By following the same cycle path towards the south, along a fence which surrounds the zone on the edge of the Garonne filled with solar panels, one sees the Oncopole.

This cancer research center, built straddling the former AZF site and that of a former army blowing snow plant, has several buildings such as the one, with large glass surfaces, of the Pierre Fabre laboratories.

Before the construction of the Oncopole and the photovoltaic plant, Total "rehabilitated" the old AZF site.

"The restoration works" carried out between 2002 and 2007 cost 100 million euros, according to TotalEnergies, which underlines their compliance with the requirements of the authorities.

However, defenders of the environment relativize the scope of pollution control.

"We removed a few pockets of pollution, either arsenic, lead or mercury, because it was really too obvious", explained to AFP Rose Frayssinet, Friends of the Earth, who followed up close the "rehabilitation" of the site.

The permissible pollutant thresholds are also different depending on the use of the plots. Thus, they are more demanding for the Oncopole part than for the solar panels part, closed to the public.

In any case, "if we had wanted to build homes, we would have had to go much further in decontamination", according to Rose Frayssinet.

A point of view shared by Antoine Maurice, head of the EELV list narrowly beaten in the municipal elections in Toulouse in 2020.

"The pollution control is not total. For example, we cannot cultivate. There may be a rise in toxic substances," Maurice told AFP. "Actual clean-up will take hundreds of years," he adds.

Environmental defenders also denounce the presence near the site of an "external bin" where Total had stored AZF waste.

TotalEnergies affirms that this "slag heap" has also been the subject of redevelopment work, in accordance with the requirements of the authorities and that it is regularly monitored.

Finally, also near the old factory, there are since 1917, in small artificial lakes called "ballastières" (quarries from which ballast is extracted), 5.000 tonnes of nitrocellulose, an explosive with a power equivalent to TNT which is temporarily inactivated by water.

Regularly, elected officials and environmental defenders ask for the depollution of these ballast tanks.

The conversion of the AZF site responds to a desire to limit the place of the chemical industry in the south of Toulouse, after the accident of 2001.

However, chemistry has not completely left the area: from the memorial, we can also see, behind the solar panels, on a nearby island, the fuel manufacturing plant for the Ariane rocket.