The ceiling of an apartment in Marseille collapses on a tenant, the owner condemned 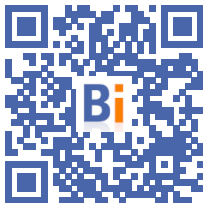 The owner of an apartment whose ceiling had collapsed on a pregnant tenant in Marseille was sentenced Wednesday to six months in prison for deliberate "endangerment" in a city plagued by unsanitary housing.

Maria Perez-Morelli, 76, owner of two apartments in the northern districts of Marseille, had rented a T2011 in April 2, while a peril decree had hit the building for two months.

Work, entrusted to a painting company, had been undertaken by the co-ownership of the building on the roof which was taking in water and risked causing the floors to collapse, but they had only imperfectly remedied the problem.

The danger order was lifted on June 17, 2011, but in the fall, the marine firefighters intervened on several occasions for flooding in the upper apartments, due to new leaks.

On January 4, 2012, the building was again subject to a serious danger order and the evacuation of Ms. Perez-Morelli's two tenants had been ordered.

"I was cooking when it fell on the fridge and another end on the living room," Hikmata, the tenant of the convicted person, told the audience.

Refuting the term "unworthy housing", the lawyer stressed that the apartments had been "refurbished".

"This file is quite revealing of the functioning of a number of land investors in Marseille", underlined in his order for reference the examining magistrate Matthieu Grand, in charge of the investigation into the collapses of buildings in 2018, in the city center, rue d'Aubagne, which left eight dead.

"Making buyers of real estate of small surfaces in inexpensive districts, these owners renovate them at a lower cost and then rent them to people or families with modest or almost non-existent incomes, often by word of mouth", explained the magistrate.

"The buildings are often dilapidated, poorly maintained. Added to this is the choice of companies that do not care to carry out work in the rules of the art, on the basis of low estimates validated by owners anxious to spend the least. possible money while making their rental investment profitable, "he stressed.

Sentenced to pay 3.000 euros in damages for non-pecuniary damage to her tenant, Ms. Perez-Morelli was also released for the second tenant after having taken measures so that he could leave the premises.