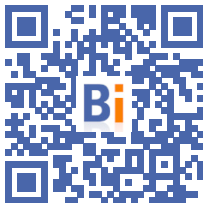 The Covid-19 "shock wave" continues to dampen: helped by a strong rebound in salaried employment, the unemployment rate should experience a sharp drop in the fall, to stand at 7,6 % in the third quarter, according to forecasts from INSEE published on Wednesday.

In a briefing note, the National Institute of Statistics underlines that "the strong rebound in employment in the middle of the year would result in a fall in unemployment, which would drop from 8% on average in the second quarter to 7,6 % in the third and fourth quarters ".

The unemployment rate would thus be "almost one point lower than two years earlier", before the Covid-19 crisis (8,5% in the 3rd quarter of 2019), notes INSEE. These forecasts have yet to be confirmed, with results for the third quarter expected on November 3.

In its previous economic report in July, the Institute predicted a virtual stability of the unemployment rate, at 8,2% at the end of 2021, after 8,1% at the start of the year.

"We expect the labor market to drop significantly in the unemployment rate from the fall, from the third quarter, because there is a strong rebound in salaried employment," said Julien Pouget, head of the department. of the economic situation at INSEE during a press conference. The unemployment rate, "basically, would return to its downward trend observed before the crisis," he added.

In its note, the Institute underlines that "the shock wave" linked to the Covid-19 health crisis was "very dampened with regard to the labor market", salaried employment having exceeded its previous level. -crisis from the second quarter of 2021.

"The pace of creations would slow down somewhat by the end of the year, but in total, around 500.000 net creations of salaried jobs would follow the some 300.000 net destruction recorded in 2020," underlines INSEE.

Olivier Simon, head of the Conjunctural Synthesis division noted during the press conference that the growth in employment was "mainly driven by the commercial service sector (catering, shops, leisure, etc.)", strongly affected by the restrictions sanitary facilities.

At the same time, economic activity "would return overall - but without exceeding it unlike employment - its pre-crisis level by the end of the year, continues INSEE, which maintains its growth forecast. for 2021 unchanged at 6,25% (after -8% in 2020).

As for inflation, which worries more and more households and the government six months before the presidential election, it should remain "a little above 2% until December", mainly due to the rise in prices. energy, according to INSEE.

The price increase "would reach 2,3% in October and then decline slightly (2,1% expected in December), under the conventional assumption of an oil price set at $ 75 per barrel of Brent and stability of prices. other raw material courses, ”adds the Institute.

"The main reason is energy prices which reflect the rise in the price of oil, which is transmitted almost immediately to consumer prices," said Olivier Simon.

Less optimistic, the president of Medef Geoffroy Roux de Bézieux estimated on LCI Wednesday that inflation could be "higher" than 2%, citing inflation above 4% in the United States and Germany.

"Today, the price increases (...) have not yet passed into the final prices," he warns.

INSEE specifies that the forecasts presented in its economic report are made on the assumption of the absence of new health restrictions, "but also of further worsening of tensions on the supply".