In Nice, the large stadium undergoing safeguard proceedings due to the impact of Covid-19 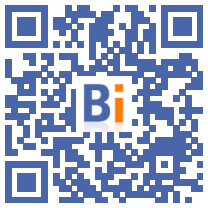 The company managing the great stadium of Nice, the Allianz Riviera, inaugurated in 2013, has been placed in the safeguard procedure, due to the economic air hole caused by the health crisis, we learned Thursday from this subsidiary of the Vinci group.

"The safeguard procedure results from the impact of the health situation on the activity of the stadium," said Nice Eco Stadium, which initiated this procedure with the Nice commercial court on May 6, confirming information from Nice- Morning.

Closed since the first confinement, the stadium had a turnover of 21 million euros in 2019, the reference year.

The Allianz Riviera is a 36.178 seat multifunction stadium with a commercial capacity of 35.624 seats for football. The resident club is OGC Nice. Apart from sporting events, the stadium can host other events such as concerts or shows. Asked by AFP, the town hall of Nice made no comment.

The large stadium in Nice was built on the basis of a public private partnership (PPP) and was one of the venues for Euro-2016 football.

In 2015, the Regional Chamber of Accounts (CRC) of Provence-Alpes-Côte d'Azur issued a severe report on the legal conditions for using this partnership and the partner selection procedure. But in 2020, the national financial prosecutor's office concluded that there was "no offense" and closed its investigation without follow-up.