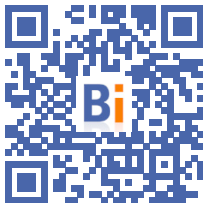 Five people will be tried in February before the Angers Criminal Court for homicides and unintentional injuries, five years after the collapse of a balcony in Angers which left four dead and fourteen injured, mostly students.

The order for referral to correctional was issued on September 29, the prosecution told AFP, confirming information from the local press.

The trial is scheduled to start on February 9, 2022 for a period of three weeks. "It is estimated that we could have about sixty people who would become civil parties," Angers prosecutor Éric Bouillard told AFP.

On the evening of October 15, 2016, 18 young people had fallen into the void when a balcony on the 4th floor of the "Le Surcourf" residence collapsed in Angers city center. The balcony had dragged down the two balconies on the lower floors.

Four of the victims, three men aged 21, 23 and 25, as well as an 18-year-old girl, were killed. Fourteen had been injured. The drama occurred during a housewarming organized by two young girls, bringing together about thirty friends, mostly law students.

In May 2021, the Angers Court of Appeal rejected a request for further investigation into a lack of maintenance of the balcony made to the investigating chamber by the lawyers of two of the five indicted and by those victims and their families.