Reinforced terminal, Macron aims for a "government of action" in early July 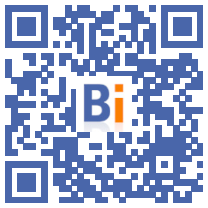 Operation clarification before new consultations to compensate for the absence of an absolute majority: Emmanuel Macron, who "confirmed" his confidence in Elisabeth Borne on Saturday, instructed the Prime Minister to sound out the parliamentary groups in order to form a "government of action" beginning of July.

Just before flying to the Bavarian Alps and the castle of Elmau, where Chancellor Olaf Scholz will welcome the leaders of the G7, the President of the Republic sought to regain control in a complicated political situation since the setback of the legislative elections.

He made a series of adjustments, based on the results of the first consultations with political leaders conducted by the executive this week.

First on the choice of the head of government who will be in charge. "Seeing both the refusals and the availability" which were expressed during the first exchanges with the political forces, "I have decided today to confirm my confidence in Elisabeth Borne", explained the Head of State in an interview on Saturday afternoon with AFP. "She has my confidence over time," he insists.

Far from speculation on his possible replacement born in particular from the silence on his fate during the speech of the president on Wednesday: it is indeed Elisabeth Borne, with whom Emmanuel Macron spoke on Saturday, who will be, if not the architect, at least the architect of the new political edifice.

During the next week, she will sound out the political groups in the National Assembly on a "government agreement", their very participation in a government, their position on the vote of confidence in her government a priori on July 5, and also on the vote on the state budget next fall.

"On my return from the G7 and NATO (which is being held until Thursday, editor's note), the Prime Minister will submit to me proposals for a roadmap for the government of France over the coming months and years, and also for the composition of a new government of action at the service of France that we will put in place in the first days of July", specified the Head of State.

This government may be joined by representatives of political forces ready to cooperate with the majority.

The "path" traced "responds to what the French are asking of us: dialogue, respect and listening to meet their expectations and emergencies together", immediately greeted the Prime Minister on Twitter.

Pension reform still on the table

And this, with the red line of "not increasing taxes or debt".

Even if it means putting the thorny subject of pension reform back on the table. Despite his setback in the legislative elections last Sunday, Emmanuel Macron has not given up on his reform aimed at "making the French work longer", "as all our neighbors do, taking into account working conditions and therefore the rules of arduousness, taking into account long careers".

It is, with the reform towards full employment, "the two major reforms that we must carry out in consultation, without totems or taboos, but keeping a course of ambition", he believes.

Last important clarification, on the spectrum of political partners envisaged. The Head of State dismissed the RN and LFI from the field of government parties.

"It will be communists to the LRs. The French have granted legitimacy to the RN and LFI deputies and these parties have a political formation. I do not confuse the extremes but by their expression, their positioning - I have always been clear on this subject -, these formations do not register as parties of government".

The boss of the LFI deputies Mathilde Panot reacted in the evening: "we are not a party of HIS government of social abuse and ecological inaction which wants to retire at 65" in particular, she said. on Twitter.