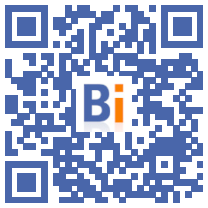 A fully loaded dump truck passes over the weighbridge: in the Equimeth methanization unit, in the Paris region, tons of cereal dust will be deposited to be transformed into biogas and thus reduce France's dependence on fossil gas .

Surrounded by cereal fields, giant tanks topped with plastic domes house a discreet process: the transformation of thousands of tonnes of organic waste into biogas, which will supply the gas network and help heat half a dozen surrounding municipalities.

Here, each year, 25.000 tonnes of materials, including cereal dust, horse manure and food waste... are thus "recovered", according to the term used.

"Biogas comes from the degradation of organic matter by a bacterial diet in the absence of oxygen", explains Arnaud Bossis, managing director of CVE Biogaz, which manages the Equimeth plant, in Moret-Loing-et -Orvanne, in Seine-et-Marne.

The biogas is then pre-treated "to remove only the methane molecule", then injected into the gas network, explains Mr. Bossis.

To get there, the materials are first crushed and liquefied, to join “hygienization tanks”, where their “pasteurization, at 70°C for one hour, allows sanitary treatment”.

The flow is then transferred to the methanation process, and stirred for 20 days in a tank, then forty days in a second, at 38°C.

The gas thus produced is then sucked in the direction of the purification unit. In this small green container, it "is analyzed, odorized", before being injected into the gas distribution network, thus covering "15% of the needs of the population and activities" around, in particular for heating and vehicles (bioGNV), describes Arnaud Bossis.

"In the context of shortage and scarcity of Russian gas, we are really happy to have biomethane in France", told AFP Thierry oublie, director general of the manager of the French gas network GRTGaz.

"Renewable" since non-fossil, this green gas reduces greenhouse gas emissions by 80% compared to natural gas, according to the firm Carbone 4.

However, this category represents only 2% of gas consumption in France. The State is aiming for 10% in 2030 and the sector estimates that it can reach 20%, also pleading for the services rendered: jobs, agricultural income for sites backed by farms, fertilizing residue, etc.

Positive externalities to be taken into account for Mr Bossis, who mentions the relatively high production cost of biomethane, of the order of 90 euros per megawatt hour - but now a little less than the current prices of natural gas in Europe, which have greatly increased over the past year.

Main criticism against these factories: the potential odor nuisance for local residents. But the few episodes of this type reported by residents are essentially "linked to the spreading campaigns" of fertilizers also produced on the site, according to Olivier Théo, municipal councilor in Moret-Loing-et-Orvanne.

The establishment of a monitoring committee made it possible to quickly bring up the testimonies of inconvenienced residents in the spring of 2022, in one of the municipalities and to reach an agreement with the mayor "to try not to spread in the most close to homes" and ensure that fertilizer trucks do not pass through the center of the town, assured the elected official.

We could "achieve a production capacity of 60 terawatt hours per year by 2030, which would cover two thirds of what we imported from Russia before the conflict", adds Mr. Trouvou.

GRTGaz goes so far as to estimate that by 2050, France could benefit from total gas independence, without affecting the agricultural potential for food for the French, through the recycling of materials and agricultural waste.

"The biomethane sector in France is experiencing the fastest growth in Europe", adds the European Biogas Association (EBA), biogas lobby in Brussels, which estimates that France could become the second largest producer on the continent by 2030. .

A thousand projects could see the light of day by 2025, according to the EBA.

This development should be encouraged by a provision of the Anti-waste law (Agec), which provides that all individuals have a practical solution for sorting their bio-waste from January 1, 2024.