New record month for Livret A in September 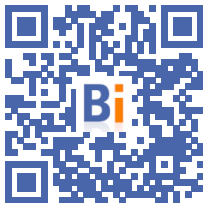 The Livret A book continues its momentum with a record month of September, with however a slowdown compared to August, according to figures published Friday, October 21 by the Caisse des dépôts (CDC).

Net inflows, i.e. the difference between savers' deposits and withdrawals, stood at nearly 2,7 billion euros, more than ten times the amount in September 2021.

If this is a historic level for September, it is however a slowdown after the 4,49 billion of the previous month, also historic, for a month of August. July was also historic, so this is the third month in a row that the Livret A savings account recorded record inflows for the period.

For comparison, the net collection of the Livret A in September 2021 was 240 million euros.

That of the Sustainable and Solidarity Development Booklet (LDDS), for its part, reached 470 million euros in September 2022, against a negative net inflow of 260 million in September 2021, with withdrawals having then exceeded deposits.

The two booklets together collected more than 3,1 billion euros in September, and 30,60 billion euros since the start of the year.

If the increase in the rate of the Livret A and the LDDS to 2% from August 1, against 1% previously, may have encouraged the French to deposit their savings there, it is however important to note that their yield remains negative taking into account of inflation. The latter reached 5,6% over one year in September according to INSEE.

The outstanding amount of the two booklets also exceeded the symbolic bar of 500 billion euros, at 500,3 billion euros very precisely (+5,9% over one year).