The telescopic handler: a multifunction tool to facilitate work on all types of construction site 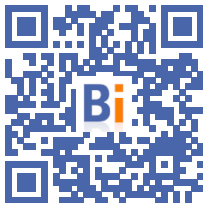 The telehandler, whether in compact format for indoor tasks or more than 20 meters high for complex tasks on buildings, is a machine with unparalleled versatility allowing you to save money by renting only one. single machine to do the work of a crane, tractor and forklift with one machine.

A must-have on construction sites for all material handling tasks

The telescopic trolley allows several types of use thanks to its modularity and the different positions it can adopt. From a classic forklift with its horizontal boom and arm to a crane allowing loads to be passed vertically, this machine has become an essential on construction sites.

Most models can move from a horizontal position to a raised arm of approximately 70 degrees allowing them to reach more than 20 meters in height to carry out high lift operations. Many models already exist, adapted to all user needs, and can be easily rented directly online as on the Tracktor website.

The telehandler can be used indoors with its most compact models in the middle frame with imposing space constraints.

It can also transport relatively heavy loads on pallets to a warehouse or storage location. In order to enable it to lift heavy loads, the telehandler is equipped with stabilizers in addition to its 4 wheels of the same size allowing it to move its center of gravity forward and thus to use its lifting capacities to their full potential. safely without risk of tipping over.

The telehandler can also be equipped with different handling accessories such as a cage to lead people to hard-to-reach places, clamps that can rotate 360 ​​degrees to lift rounded objects or a bucket to pick up dirt.

It also has significant pulling and pushing capabilities and can move over difficult terrain while carrying a load by leveling its chassis.

Another advantage of the telehandler is its ease of use, which requires significantly less training in order to master it for forklift drivers.

There are two types of telehandlers: fixed and rotary. Fixed telehandlers have a cabin that cannot rotate and are mainly used for their ability to carry heavy loads. They are divided into three categories:

Then come the rotating trolleys which are equipped with a cabin and an arm that can rotate 360 ​​degrees. The machine can be stopped while the cabin and the arm rotate around the axle. This type is best suited for reaching hard-to-reach places.

Whether you opt for a fixed or rotating trolley, the machine remains very manoeuvrable thanks to a function unique to the telescopic trolley: the different types of directions.

The truck is steered by the front wheels (only the front wheels turn) when it is on the road, arrived at the construction site it can be switched to four-wheel steering in order to ensure the smallest possible turning radius and if the place it is being used in is really tight, it has a "crab step" in which all the wheels turn in the same direction allowing it to roll sideways.

Clearly, the telehandler performs the tasks of many other construction machines on its own and requires less training than most of them. Its maneuverability and modularity make it essential on construction sites these days, so why not take the plunge and try one? You can get an overview of the different models and their capacities or request a quote to rent a telescopic handler directly online on many sites.