An alarm to protect your home after confinement? 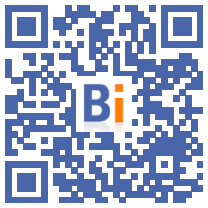 Whether they are composed of a sensor with motion detector, sash contractor or a vibration sensor, alarms are the most suitable protection systems to secure your home.

Often supported by video surveillance equipment, the house alarm can signal any attempted intrusion into your property and offers a real deterrent effect for potential burglars.

In a particular health situation that pushes us to go back and forth between the office and teleworking, it is important to be properly equipped to protect your home from burglaries.

A timely period of health crisis for burglars

While the first lockdown due to the COVID-19 crisis may be thought to have dramatically reduced attempted thefts and burglaries, the time is ripe for burglars.

Indeed, teleworking has significantly reduced burglaries on French territory. With a strong presence of citizens in their homes and law enforcement control for those trying to venture outside, the risk of burglary was low.

However, the country or vacation homes were not spared during the year 2020, as were the main residences post confinement.

Indeed, according to the Ministry of the Interior, the number of burglaries increased exponentially at the end of the first confinement until reaching a 114% increase last May.

Return to work that puts people at risk

The main reason for this explosion in post-containment figures is explained by the return to the office of a majority of French people.

If we add to this the fact that still many homes are not equipped with house alarms, we can easily find the explanation for this sharp increase after confinement.

An unsecured house empty of its occupants is an easier target for burglars while a house equipped with surveillance cameras or an alarm reduces the risk because of its high potential as a deterrent.

An Atlantic'S alarm to secure your home

THEalarm Atlantic'S secures your home against attempted break-ins and burglaries in your absence. Equipped with a complete protection system, Atlantic'S alarms guarantee you total serenity.

Indeed, these alarms are equipped with an intelligent wireless system and many equipment. Installing an alarm gives you quality protection.

This home alarm system comes in a kit containing:

Thanks to all of these detectors, you can secure all of your rooms and windows in order to leave your home in peace.

The intelligent wireless alarm center system provides access on your phone to the status of all connected sensors.

In the event of a burglary or suspicious movements detected by a sensor, the system sends you an instant call to your mobile in order to react as quickly as possible.