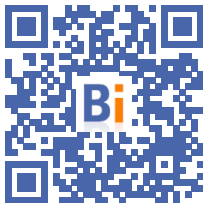 The decrees implementing the objective of "zero net artificialisation" (ZAN) of soils in 2050, included in the Climate Law, confirm "a territorial imbalance" to the detriment of the rural world and pose the risk of a "guardianship creeping" of the regions, denounced Tuesday the association of rural mayors of France (AMRF).

Prime Minister Elisabeth Borne announced at the end of November a relaxation of the application of the ZAN, which provides in particular for the exclusion of projects of national scope, such as high-speed lines, from the count of artificial soils.

In a statement, the president of the AMRF Michel Fournier nevertheless considers "unacceptable" the method of application implemented so far.

"The action of the mayor is constrained by the development choices made by other communities of different categories (the region in particular), establishing in fact a form of creeping supervision, at the risk of an absurd standardization", writes M Fournier, for whom elected officials are no more than "simple performers".

“Feelings of injustice and anger predominate among the elected representatives of our network in the face of texts which confirm a territorial imbalance instead of remedying it”, continues the AMRF which denounces a rurality “put under a glass”.

To guarantee more equity, the association calls for the establishment of a "regional consultation on the balanced development of the territory", as well as more means to carry out land sobriety policies.

It also wants municipalities that have used little land not to be penalized and for the efforts already made to be taken into account.

The objective of zero artificialisation is included in the Climate law adopted in 2021, and aims to reduce the rate of nibbling of natural spaces by the city to reach zero in 2050.

Artificialization degrades biodiversity, increases the risk of flooding and contributes to global warming by releasing CO2 stored in the soil.

But the application of the law has aroused strong opposition from real estate professionals and elected officials, torn between the objective of preserving natural and agricultural land, and the desire to house residents and accommodate businesses.