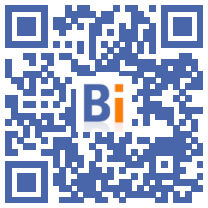 LR and centrist senators are asking for a moratorium on the decrees implementing the "zero net artificialisation" of soils (ZAN) objective, which they say "are moving away" from the "spirit" of the Climate law adopted in 2021 .

The objective is to reduce the rate of nibbling of natural spaces by the city to reach zero in 2050.

Bruno Retailleau and Hervé Marseille, leaders of the LR and centrist senators, ask the government "to establish as soon as possible a moratorium on these implementing decrees until September 1, 2023 in order to rewrite them".

"Eleven months after the adoption of the text, local authorities are facing difficulties in the concrete implementation of their urban planning and soil protection policies", they underline in a press release.

According to the senatorial majority, "the lack of consultation of local authorities, which are nevertheless primarily concerned, and the distance taken by the government from the spirit and sometimes even the letter of the law constitute serious sources of concern and an attack to the work of Parliament".

The Association of Mayors of France (AMF) has already announced that it will seize the Council of State against two of the three implementing decrees of ZAN, published on April 30.

Questioned twice on this issue on July 13 during current questions to the government in the Senate, the Minister for Ecological Transition and Territorial Cohesion, Christophe Béchu, said he was ready, "in respect of the objective set", to "think about the methods of its implementation and, perhaps, the rewriting of part of the decrees".

Artificialization degrades biodiversity, increases the risk of flooding and contributes to global warming by releasing CO2 stored in the soil.

According to the objectives set by the Climate and Resilience Law, it will still have to be halved every ten years to reach net zero in 2050.