You don't sue your neighbor after a storm 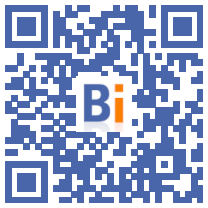 Justice does not allow you to invoke an abnormal neighborhood disturbance or the civil liability of your neighbor for damage caused by a storm.

When the climatic event causing the damage is recognized as a case of force majeure, in particular by a natural disaster order, it is not possible to initiate a lawsuit to obtain compensation or restoration from your neighbor. , ruled the Court of Cassation.

Following heavy rainstorms, later recognized as a natural disaster, a landslide had occurred between two properties, with the higher ground collapsing onto neighboring land. In order to be able to carry out repairs at his home, the owner of the low ground had then initiated a lawsuit for his neighbor to be ordered to undertake work to clear and reinforce his embankment.

It is a one-off, external, unpredictable and irresistible event, replied the owner of the collapsed embankment, and it is therefore not an abnormal neighborhood disturbance. As for civil liability, linked to damage caused by "things in one's custody", it cannot be invoked either, he said, since this damage is linked to force majeure. Without it, this embankment had never caused harm to anyone, concluded its owner.

The Court of Cassation approved it. It ruled out the possibility of initiating a lawsuit and therefore the demands that were presented, even if the victim of the landslide claimed that the reinforcement works that she was asking for were precautions because any new damage would not be directly linked to storm.

The situation is the consequence of the storm, she concluded.