The Triangle Tower project will begin "by the end of the year", with Axa in support of URW 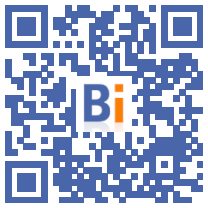 The construction site of the very controversial Tour Triangle, in Paris, will begin "'by the end of the year", with the financial support of the insurer Axa, announced Monday in a press release the group Unibail-Rodamco-Westfield ( URW), who had until the end of October to sign the building lease.

"The Triangle Tower will be an asset for the economic development and the influence of the capital. During its construction, the project will generate more than 5.000 direct and indirect jobs", indicates the giant of shopping centers, owner of the Forum des Halles.

With this project, URW says it confirms "its attachment to structuring projects for the influence of the city and the territory".

Axa's support enables it to respect "its clear strategy of optimizing the allocation of its resources", he underlines, with reference to its debt reduction strategy.

In fact, without a breath of fresh air from outside, this project worth some 700 million euros, according to estimates which circulated in the press, was not guaranteed to see the light of day.

Unibail-Rodamco-Westfield has suffered greatly from the health crisis and the closure of so-called "non-essential" businesses. The group's turnover plummeted, before recovering slightly in the third quarter of 2021.

Axa, whose financial contribution was not specified, said he was "proud" to be associated with the construction of the Tour Triangle: "a flagship project for the city of Paris and its region", "a place particularly innovative and which will benefit from the best environmental certifications ", greeted Isabelle Scemama, head of Axa IM Alts, the division of the French insurer dedicated to alternative investments.

Designed by the Swiss architectural firm Herzog et de Meuron, this 180-meter-high, 42-storey tower will be erected within the grounds of the Porte de Versailles Exhibition Center, in the XNUMXth arrondissement of Paris.

In particular, it must house a four-star hotel, more than 2.000 square meters of shared workspace ("coworking"), a health center and a cultural space.

The work, entrusted to the company Besix, should last until 2026, stressed URW.

Investigation of the financial prosecutor's office

The project is at the heart of a political battle.

The mayor (LR) of the 200th arrondissement Philippe Goujon "totally opposed" to this project estimated Monday that "between the fine speeches of the mayor of Paris on the environment and the reality which is to build a tower of nearly XNUMX m high, there is an ocean ".

Born in 2008 under the mandate of Bertrand Delanoë, when Anne Hidalgo was assistant to town planning, the Tour Triangle remains supported by the Town Hall but not by elected environmentalists, allies of Ms. Hidalgo.

For the EELV adviser, Emile Meunier, this project "as anti-ecological as possible" is "revolting". "I am particularly angry with AXA who saved this project in extremis", he told AFP on Monday, estimating that the group "which boasts of making responsible and ecological investments, is investing in this project of last century".

"We can clearly see that if we let economic issues and large companies guide the choices of infrastructure, our policy (...) these are always projects that will go against the climate, against the general interest, which will be chosen, "added EELV deputy for the transformation of public space David Belliard.

The deputy (PS) for town planning, Emmanuel Grégoire, for his part welcomed "excellent news for the attractiveness of Paris and our country", adding that "this project meets the most demanding environmental standards and will be integrated perfectly in the Parisian urban fabric of the Porte de Versailles ".

The granting by the city of Paris of the concession where the tower is to be built also interests justice. The National Financial Prosecutor's Office (PNF) opened a preliminary investigation last June for "favoritism", after a report in 2020 from the LR mayor of the 2021th arrondissement, Rachida Dati, and the filing in early XNUMX of a complaint by the Anticor association .

Ms. Dati and Anticor are based on a report from the Ile-de-France regional chamber of accounts of July 2020 concerning the Porte de Versailles exhibition center. According to this report, the city of Paris in particular agreed to compensate the park concessionaire, Viparis, which is a subsidiary of URW, up to 263 million euros "for undemonstrated damage". While awarding Viparis "under partly questionable conditions" a new contract to continue to operate the facilities.

After the announcement of this preliminary investigation, the URW group had "formally contested the unfounded allegations made against it" and regretted "the confusion made with the Tour Triangle".

"While the PNF has been seized and the questions are more than legitimate, this start of the site is unacceptable. More than ever this energy-consuming office tower is an ecological aberration and an economic project belonging to the past", declared to the AFP LFI advisor Danielle Simonnet.