Work is accelerating in Paris before the 2024 Olympics 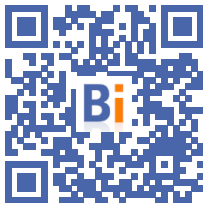 Development of the gates of the capital, cycle paths, pedestrian streets, schoolyards, Champs-Elysées... The pace of public works is intensifying in Paris before the 2024 Olympic Games and will resume the same pace as soon as the event is over , warned Wednesday, June 29 the town hall.

“We are going to have an acceleration before, in 2023, and after we will finish in 2024 and 2025”, indicated during a press point the communist assistant for public construction, Jacques Baudrier, evoking a “small hollow during the Olympics” .

This summer, the municipality will carry out nearly 1.800 projects in its schools, colleges, nurseries, cultural places or swimming pools for a total amount of 170 million euros.

In particular, it will create 27 green schoolyards and 21 "school streets" made pedestrian or semi-pedestrian, while work on cycle paths will start or continue on strategic axes such as the Grands boulevards, Avenue de la République or rue La Fayette.

The roads department will also launch 34 "beautify your neighborhood" projects, grouping them with those of the operators (Enedis, RTE, GRDF, Eau de Paris, etc.), so that the neighborhood only undergoes a single tight period of works.

The PS mayor, Anne Hidalgo, is regularly criticized for the state of the pavements, in particular since the operators must themselves restore them after their interventions.

The dealers have "worked a lot on coordination, on cleanliness", says Mr. Baudrier for whom there are "much fewer reports" than before.

In terms of major projects, the extension of the tramway is continuing in the northwest, where work on Porte Maillot is starting with the objective of "delivering them for the Games" despite the delays and additional costs of the extension of the RER E, indicated Mr. Baudrier.

Work on another gate, that of La Chapelle, will start in the fall and will also be completed before the Olympics, such as the Arena located in this district, a first renovation of the Champs-Elysées or the urban forest of the square. of Catalonia, near Montparnasse.

Concerning the redevelopment of the perspective from the Trocadero to the Eiffel Tower, a project to which the prefect of police Didier Lallement opposes, Anne Hidalgo wrote to Prime Minister Elisabeth Borne to try to unblock the situation, indicated the entourage of Mr Baudrier.