Wood pellets, a cylinder in tune with the times and in its "bubble" 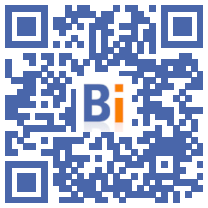 Wood pellets, a renewable fuel with a high calorific value, became visible when it was impossible to find this summer: the craze for these small cylinders that stoves and boilers swallow put the sector under tension, before an uncertain winter.

Prices have doubled in a year and remain high even as demand fell this fall. “We are in a bubble, it will eventually go down,” said Eric Vial, general manager of Propellet, the national association for heating with wood pellets (“pellet” in English).

The mild autumn and the gradual replenishment of stocks have already lowered the pressure.

Pellets are a by-product of primary wood processing: when a trunk arrives at the sawmill, approximately 50% is transformed into lumber or wood packaging and the remaining 50% is offcuts (chips) and sawdust.

Considered a renewable energy by the European Union, pellets are small cylinders of compressed softwood sawdust, touted by the sector as "a homogeneous and dense fuel", with a very low humidity rate (less than 10%), which "gives it a high calorific value and allows the heating appliances to have an excellent yield".

The demand continues to grow. According to Frédéric Plan, Managing Director of the French Federation of Combustibles, Fuels and Heating (FF3C), "annual pellet needs have increased from 1,8 million tonnes in 2020-21, to 2 million in 2021-22 and are estimated at around 2,4 million this year."

He estimates the French production capacity at some 2 million tonnes: "it may therefore be necessary to import 400.000 tonnes. Everything will depend on the severity of the winter".

Today, 1,7 million French households heat with pellets (90% stoves), according to Eric Vial. To be compared to the 2,8 million heating with fuel oil.

Demand soared from the spring, as a result of consumer anxiety over the war in Ukraine and the skyrocketing cost of gas and electricity. Pellet stoves, which were often auxiliary heating, were lit earlier or brought out of cupboards.

The number of boiler installations had increased by 120% between 2020 and 2021, recalls Eric Vial, which contributed to "an overall increase in pellet consumption of 10 to 15%". And also a "change in the behavior of buyers" who "wanted from March to be delivered for all their annual consumption".

Carine Pechavy, who runs the family business of the same name established for more than a hundred years in Lot-et-Garonne, and delivers throughout the South-West region, had to refuse new customers and restrict her deliveries.

"Some customers wanted 3 to 4 tons when they consume a ton annually, they were given 1 to 1,5 tons," she explains.

"Pellets went from 350 euros per ton last year to between 700 and 900 euros at the start of the fall", according to Frédéric Plan of FF3C.

The spring rush certainly contributed to the rise in prices, but the sector was already in tension, according to Hervé Dumanoir, entrepreneur in the Somme.

His company Flandre Energies saw its pellet sales "double in five years" and "supply drop" after the health crisis, "because sawmills have slowed down their activity: less lumber means less offcuts to make pellets".

“We started with low stocks when the war in Ukraine started. And Russia and Ukraine supplied between 10 and 15% of European imports of pellets,” he adds.

The madness is such that it has fed scams, to the point that professionals recommend paying only on delivery of the pellets.