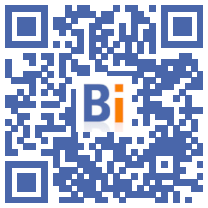 Timber manufacturers, worried about the surge in French timber exports to China, especially oak, have launched a petition "to save the French sawmill," they told AFP.

Launched on Tuesday, this petition entitled "Save the French sawmill: STOP log exports!" has already collected the signatures of more than 2.200 companies in the sector, according to the National Federation of Wood (FNB), which brings together sawyers and industrialists.

"Everyone must realize that the French sawmill is today in danger of death if nothing is done to stop the bleeding that is taking place before our eyes in the most total indifference", writes the FNB in ​​this petition, which challenges the French state.

"The State must act quickly and hard to save the French sawmill. It is the future of the heart of the sector and of the recovery and relocation policy which is at stake", continue the authors of this petition, who denounce a crisis "of unprecedented violence".

This problem has already created tensions in the past between actors in the sector, in particular between sawyers and private forest owners, in 2017.

According to sawyers, "for six months, 35 to 100% of oak volumes from private forests have been exported, mainly to China", where the post-pandemic economic recovery is in full swing.

Another element which aggravates this time the pressure of China on the French resource, the decision taken by Moscow to ban the export of Russian logs soon.

"The services of the French State have allowed this toxic trade to settle for 10 years. We are now at the foot of the wall," say the authors of the petition.

The president of the FNB is to be received Thursday by the Minister of Agriculture Julien Denormandie to discuss these subjects.