With the acquisition of Equans, Bouygues is changing its face 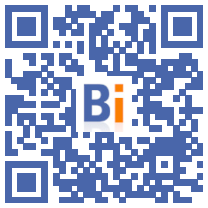 Construction will no longer be Bouygues' primary business: the takeover of Equans, a technical services entity in the energy sector, tilts the conglomerate towards the market leading to the energy transition, even if the sum disbursed - 7,1 billion - dropped the title on the stock market on Monday.

On the night of Friday to Saturday, Engie, a French energy giant, announced that it had chosen Bouygues against two other competitors to sell it Equans, its subsidiary bringing together various technical services for businesses and communities - energy management in buildings, ventilation, air conditioning, heating, digital, electricity and even fire safety.

This takeover - the biggest in the history of the group created in 1952 by Francis Bouygues - "is a complete and profound change in dimension, which will shift its center of gravity," a source close to the matter told AFP on Monday.

Historically known for construction, its first business, Bouygues had already diversified into telecoms (with Bouygues Telecom) and the media (with TF1, in the process of merging with M6). But its fourth pole "Energies & Services" remained relatively modest with a turnover of 4 billion euros.

The integration of Equans - with no less than 74.000 employees and 12 billion euros in turnover - will quadruple in size this branch and make it "the first business of Bouygues", said the latter in his press release on Saturday .

The group chaired by Martin Bouygues insisted in particular on "the promising market for multi-technical services", which is "at the convergence of energy, digital and industrial transitions".

"These trades are a good complement to traditional construction, and above all generate a higher margin, with maintenance contracts over several years which offer a certain visibility. And in this business, Bouygues was slightly at the back of the pack. , with a rather modest operating margin for Bouygues Energies & Services, at 2% in 2019 ", underlines Eric Lemarié, equity analyst at Bryan, Garnier & Co.

This takeover also "makes sense" for Frédéric Rozier, portfolio manager at Mirabaud, "from a geographic point of view because Bouygues is establishing itself quite significantly in this business in the United Kingdom, the Netherlands and Belgium. And also from an economic point of view because we know, in particular with the ecological transition, the transformation needs in energies and we know that growth will be there ".

He also stresses that these trades "are less cyclical. We recently saw in real estate that there can be large air pockets".

However, Mr. Rozier judges that there are also "many questions on the profitability of this acquisition: the price is just astronomical, with constraints of job conservation and job creation".

Bouygues is indeed "committed not to implement any forced departure plan in France and Europe" for five years, and "the net creation of 10.000 jobs" over the same period.

"Certainly Bouygues has no debt" but in its Energy & Services division "the margin level is rather lower than 3%. However, the + business plan + proposed is based on margins almost at 5%: then okay there will perhaps be synergies, but one wonders how they will operate so that the whole arrives at this unprecedented profitability model ", estimates Frédéric Rozier.

The price paid for Equans "is expensive, even if it's not every day that we have a deal like Equans to get hold of," adds Eric Lemarié.

If the title fell on the Paris Bourse on Monday (-5,96% at 15 p.m., to 12 euros), it is because "the market thinks that Bouygues has paid too high a price, that there are integration risks because the entity is large and is probably made up of a multitude of different professions, which can possibly complicate the execution of the deal ", according to him.

Mr. Lemarié also highlights the fact that "the deal will not be finalized until the second half of 2022 and that today we have few official figures, we are therefore entering a period of uncertainties, which is never good on the stock market ”.