With teleworking, more and more companies are tempted by the "flex-office" 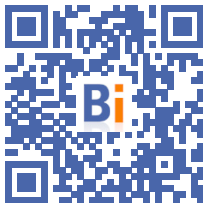 Gone are the green plants or the photo of the youngest lying on the desk: with the development of teleworking, companies are tempted to reduce their - costly - spaces and switch to "flex-office", a system that does not, however, do unanimity.

With this mode of organization, which is intended to be more collaborative, the employee has in principle no reserved place. A locker generally allows him to store his personal belongings and dedicated spaces (meeting rooms, "bubbles" ...) to isolate himself.

Already practiced - especially in Île-de-France - for years, the "flex-office" often goes hand in hand with teleworking and a number of places lower than the number of employees.

With the rise of remote work due to Covid-19 and knowing that real estate is the second expense item after payroll, some have decided to take the plunge.

A Parisian SME in communication has just announced the grouping of all its sites with the "flex-office", reports a staff representative to AFP.

In return, a new teleworking agreement was negotiated providing for compensation for those who no longer come to the office. Management puts forward a "modernization" of the organization of work, but it is "the big winner" because "only a third" of the savings will be reinjected into the company, he said.

Suez signed for its part after the first confinement a telework agreement up to two days a week for eligible trades. "We said to ourselves + obviously, we can not keep very expensive square meters (...) unoccupied two days a week +", explains to AFP the HRD, Isabelle Calvez.

The group therefore decided to move the 26 floors of the head office to La Défense in "flex-office", not practiced until then. He made two buildings rented, and the tower will go from 2.200 to 3.000 people, with 0,7 workstations per person, a ratio "quite large", according to the HRD.

The idea is that people come to the office "to be together", not to "sit in a corner", she says, emphasizing the "collaborative, convivial" aspect. She ensures that the employees reacted positively because it is "the counterpart of a teleworking agreement that they expected".

Other groups which already practiced "flex", should continue the deployment with the reinforcement of remote work, like Société Générale or Stellantis (ex-PSA).

Based on a study carried out in October, Flore Pradere of the real estate firm JLL estimates that "today, two thirds of companies want to speed up their use of flex-office or adopt it".

Before the crisis, "the average occupancy peaks in the offices were of the order of 60%" and with one to two days of teleworking, "we will arrive at less than 50%", estimates Rémi Calvayrac of the same cabinet. He notes that in flex projects currently, the ratio is on average 0,6 post per employee against 0,8 before the crisis which is "not very aggressive", the companies being "cautious" while "the living forces are tired ".

But as the telecommuting craze has eroded after months of crisis, some are warning.

For LREM MP Carole Grandjean, teleworking should not become a means of "reducing the costs of real estate for business leaders", at the risk of "losing meaning" for employees.

But for Fabrice Angei (CGT), companies will not deprive themselves, "always having an ulterior motive to save money" with telework. Despite the principle of reversibility, he anticipates that they will be "overbooked".

On the employee side, the flex-office does not only have followers. Sophie (first name changed), an executive in the council, finds this system "horrible", which she has been experimenting with since December.

Before, "I had my coffee maker, lots of posters, a great plant" in an individual office, she reports. Now she has a locker where you can basically store "a mug with our name on it" and at the end of the day it's the "clean desk", you have to remove everything.

She especially deplores the depersonalization: symbolically "it means that we are interchangeable", "we are just a locker". As a result, she is "most of the time" teleworking.