With several reactors shut down, electrical vigilance is required in January 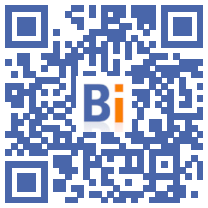 The supply of electricity to France will be the subject of a heightened level of vigilance in January because of a lower availability of the nuclear fleet, according to the network manager.

The weather forecasts, however, moderate fears about food security: the occurrence of severe and lasting cold episodes, sources of consumption peaks, "appears very unlikely" during the first half of the month and beyond. "unlikely" (with however a higher degree of uncertainty), notes RTE Thursday in an analysis note on the balance between supply and demand.

However, the manager of high voltage lines has raised its "level of vigilance", and plans a series of measures in a context of European energy crisis and tensions on supply in France.

The country, which draws 70% of its current from the atom, is suffering from reduced availability of its nuclear fleet linked to a busy maintenance schedule, furthermore disrupted by the confinements of 2020. EDF also had to shut down in mid-December two reactors at Chooz (Ardennes) and extend the Civaux (Vienne) shutdown, after the detection of faults on safety circuits.

RTE thus assesses the forecast availability between 43 and 51 gigawatts for January (out of a total nuclear production capacity of 61 GW), ie "the lowest level ever reached for the nuclear fleet at this time of the year".

The year 2022 should start with 12 reactors shut down (out of 56), before an improvement during the month, except for contingencies. EDF had up to 17 in mid-December.

The government, for its part, has asked to take measures to improve the security of supply in the short term, and an independent audit on industrial control and the optimization of reactor outages (with a progress report expected by mid-March).

The electrician announced that he had "re-optimized" his maintenance schedule, which should be felt from February only, said Thomas Veyrenc, executive director of RTE, in charge of the Strategy, forecasting and evaluation division.

As for electricity consumption, the rise in prices linked to the energy crisis in Europe did not lead to a marked decline in demand and RTE maintains its forecast of -1% to -2% compared to the period preceding the health crisis.

This is how France, traditionally an exporter of electricity, has had to import electricity since November, at levels sometimes close to maximum technical capacities, such as between December 20 and 22.

Today the country has satisfactory hydraulic stocks. RTE also recalls the existence of the last two coal-fired power stations, at Saint-Avold and Cordemais: these units could be used at the start of winter, but their legal limits of use would make them fairly quickly unavailable.

In this tense context, RTE has a range of exceptional measures for the rest of the winter. Firstly, the interruption of large industrial consumers and a slight drop in voltage on the networks, "probable" in the event of extreme cold (of the order of 4 ° C below seasonal norms) or of low wind power production in Europe.

"As a last resort", in the event of lasting cold coupled with the absence of wind for wind power, or of further degradation of capacities, particularly nuclear, RTE could also "potentially resort to targeted cuts of consumers", he warns. .

These "momentary cuts are in no way a blackout, but operations that we control, implemented with distributors and State administrations", insists Jean-Paul Roubin, RTE's director of operations, referring to a measure extremely rare, the last example of which dates back to the 1990s in a context of social movement.

RTE will publish an updated diagnostic for February at the end of January. In the meantime, consumers can follow the situation in real time on the Ecowatt website.