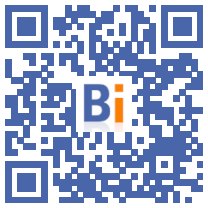 The demand for lithium multiplied by 40 by 2040, that of cobalt and nickel by 20 ... If the world wants to meet its climate objectives, States must urgently look at their supply of minerals necessary for the energy transition, often concentrated in a small number of countries, calls the International Energy Agency on Wednesday.

"This geographic concentration, the delays in implementing new mining productions, the declining quality of resources in certain regions, and the environmental and social impacts (of the mines) ... all this generates concerns in terms of supply", summarizes Fatih Birol, director of the IEA.

"These risks are real, but surmountable", he says: everything will depend on "the response of policies and companies", which "will make that these critical minerals allow a transition to clean energies, or on the contrary create a bottleneck for everyone. process".

In a report published on Wednesday, the Agency assessed future needs, based on technological developments and the pace at which the world will turn to low-carbon energies (coal, oil and gas today generating three quarters of global warming. ).

According to the IEA, by 2040 the global demand of the energy sector for these minerals could quadruple if the world complies with the commitments of the Paris agreement. It will be a factor of six if it tends to be carbon neutral by the middle of the century.

For lithium alone, demand will be multiplied by 40, or even 75 - consumer electronics is no longer the main consumer, dethroned by electric vehicles and batteries.

Electricity production will require three times as many minerals, driven by offshore wind and the photovoltaic sector. And more hydrogen will be more platinum.

As the price of technologies recedes, minerals are expected to take a growing share of their total value, making the industry all the more vulnerable to variations in the metals market.

However, more than for oil for example, production is often concentrated in a few countries. In 2019, the Democratic Republic of Congo and China produced 70% and 60% of cobalt and rare earths, respectively. And refining is dominated by China, on its territory or elsewhere.

"What will happen if we are not careful about minerals? Prices are likely to rise sharply, which means a more expensive and therefore slower transition than we wish," says Fatih Birol.

"The figures show an imminent gap between increased global climate ambitions and the availability of critical minerals essential to realize these ambitions," he warns, "calling" on governments to "broaden their horizons", not "to just subsidize electric cars. or solar panels, but also think of the other side of the coin ".

"By acting now and together on the minerals issue, governments can significantly reduce the risks of price volatility and supply disruption," he adds.

The IEA makes several recommendations: in particular that the States of the world publish their long-term climate strategies, and the details of their actions, to comfort mining investors.

International cooperation between producers and users should be strengthened, as should environmental and social standards surrounding the extraction, adds the agency.

Recycling must also be promoted. "Most important are economies of scale, and favorable designs. Policies can encourage it," Tae-Yoon Kim, lead author of the report, told reporters.

Some states are already taking action, notes Tim Gould, who co-led the study: "some are looking for responsible suppliers, others are interested in investments. But there is room to do much more."