With Chryso and GCP, Saint-Gobain aims to become the world number 2 in construction chemicals 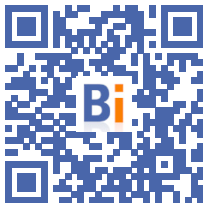 After the acquisition of the French group Chryso and the expected integration by the end of 2022 of the American GCP Applied Technologies, the materials manufacturer Saint-Gobain is showing its ambition to become the world's number two in construction chemicals in order to "decarbonize “a sector in full mutation.

“40% of global greenhouse gas emissions come from construction, and we can answer these problems with building chemistry, a growing sector,” said David Molho, general manager of Solutions, to the press on Tuesday. high performance from Saint-Gobain during a press visit to Chryso's main research center and production site, in Sermaises in the Loiret region.

Construction chemistry based on admixtures and additives allows the building industry to waterproof, fix, protect, reinforce or insulate facades as well as foundations or plasters and mortars, and to decarbonize cements and concretes, which emit a lot of greenhouse gases.

On a global market estimated at between 80 and 90 billion euros, growing by 6 to 8% per year, Saint-Gobain hopes to weigh "about 4 billion euros" in these activities once integrated GCP, indicated Mr. Molho , against almost 3 billion currently.

Or behind the world number one, the Swiss Sika, which has just bought the former number two, the German Master Builders Solutions, in November 2021, weighing some 10 billion euros in total.

“There is incredible consolidation in the sector”, commented Thierry Bernard, managing director of Chryso, created 80 years ago, and passed into the fold of Saint-Gobain in September 2021.

"We needed massive investments because of the themes of sustainability and I considered that it was the moment to join a large group", said Mr. Bernard, who had managed Chryso for 10 years during the takeover, and is remained in operational command.

In the Chryso laboratories, all sorts of combinations of concrete and cement are tested, to which adjuvants based on polymers industrially synthesized on site are added in huge heated reactors.

These products, added to the fresh concrete, guarantee the customer its texture, its spreading, its fluidity and allow it to be transported by mixer truck to the site. Chryso produces 60.000 tons per year.

The group has just taken part in a full-scale test after more than two years of research and development, of a carbon-free clay concrete using no clinker - the element of cement whose manufacture emits the most greenhouse gases. greenhouse - in conjunction with the start-up Hoffmann Green and the Bouygues construction group.

Concrete admixtures made by Chryso, which accounted for 76% of its sales in 2021, are used by global concrete manufacturers such as Holcim, Cemex or USConcrete, or builders such as Bouygues, Heidelberg or Vinci. And are found both on the coastal road of Reunion Island and on the work of the Grand Paris Express, or the 1915 bridge recently inaugurated in Turkey.

“For 30 years, we mainly talked about improving the performance (mechanical, chemical, etc.) of materials and their productivity, in particular by allowing faster construction,” says Mr. Bernard. "Now there is a third axis which is shaking up everything, the big subject is the reduction of the carbon footprint of cement and concrete".

In France, the entry into force of the new RE2020 regulations since the beginning of the year, which imposes a limit of kilograms of CO2 per square meter built, "pushes the whole sector to move" adds Mr. Bernard, even if for the big players are still sharpening their strategy.

Saint-Gobain is counting on Chryso to develop all materials towards more "sustainability", the house term that designates lifespan, carbon footprint and profitability. Saint-Gobain and Chryso notably plan to open a new additives plant in India at the end of 2023, and one in Côte d'Ivoire.

It will then remain to decarbonize the production itself of the polymers used as additives, for the moment largely derived from oil, while the energy for the boilers comes from gas. “We are looking for electric heating,” says Jean-Claude Maesano, industrial director of Chryso France.