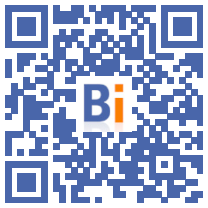 A wind of optimism is blowing on the French economy with French people happy to resume an almost normal life and in sight the long-awaited rebound in consumption.

"It's a beautiful day for the French," said the Minister of the Economy Bruno Le Maire on Wednesday morning on RMC and BFMTV, who will himself take advantage of the new stage of the lifting of health restrictions for lunch. with Prime Minister Jean Castex at the famous Lipp brewery.

The minister scrutinizes every day "like a seismograph" the data which goes back to him on household consumption.

The main engine of French growth, French spending is indeed the number one stake in the recovery. And even more with the 142 billion euros of additional savings they have garnered since the start of the health crisis, according to the Banque de France.

To unlock this savings, their confidence in the future is the key element now that almost all companies can resume their activity, even if it is always with some restrictions (gauges, curfew at 23:00 p.m., etc.) .

Since the first step in reducing restrictions on May 19, the first signs have been encouraging, with consumer confidence which has improved considerably, according to INSEE.

Between May 19 and 23, spending by bank cards was 20% higher than their level for the same period of 2019, then 15% higher the following week compared to the same week of 2019, according to figures from Bercy.

In the last week of May, spending in restaurants and hotels returned to around 85% of their 2019 level and spending on clothing is more than half of what it was in 2019.

The trend is broadly the same as that observed in June 2020 after the first confinement, and "it was at the time the sign of a very lively recovery", one emphasizes, optimistically, at Bercy.

"The rebound in May is quite impressive," notes Hélène Baudchon, economist at BNP Paribas. But if the next few months will surely see a recovery in consumption, watch out for runaway, she warns.

Because initially, there will be a mechanical effect, with households being able to do things that were previously forbidden to them. "For several months, but not many months, we will be in this dynamic of a very strong mechanical rebound, and the whole question then will be the pace of the recovery in household consumption while on the labor market, we have uncertainties, ”she explains.

What in particular, with the gradual cessation of aid granted by the State, of possible job cuts which could inflate the unemployment rate?

"This could help limit the rebound in consumption," by affecting household confidence in the future, adds the economist.

Other points to watch out for: companies could find it difficult to keep pace with the upturn in demand due to supply and recruitment difficulties in industry and construction.

"The weeks to come are going to be very positive. (...) What matters all the same is that it be in the long term, and that is what is going to be important, it is the start of the school year, it is September, "also warned the president of Medef Geoffroy Roux de Bézieux on Tuesday evening.

The government remains cautious, and has not raised its growth forecast, expected to 5% this year. "The only obstacle there is to the return of growth (...) is a new wave of the" Covid-19 pandemic, believes Bruno Le Maire, calling on the French to continue to be vaccinated " as soon as possible".