Why floating wind turbines in the Mediterranean? 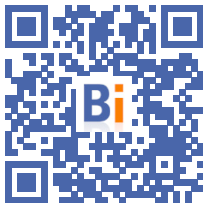 "Floating" wind turbines, unlike "standing" wind turbines whose mast is planted in the sea floor, make it possible to settle in deep areas, such as in the Mediterranean where the first two commercial parks were announced by the French State on Monday March 14.

To fight against global warming and meet its needs, France must significantly increase its carbon-free electricity production by 2050, which implies, nuclear or not, a massive deployment of renewable energies, underline all the recent scenarios.

The country, very late in offshore wind power, has at this stage seven parks "posed" in the pipes, including four under construction. The first should start in May for full commissioning at the end of 2022, opposite Saint-Nazaire.

In floating, an immature and therefore more expensive technology, a first commercial call for tenders was launched in mid-2021 by the State, for a park off Belle-Ile-en-Mer and Groix: 250 megawatts (MW ), before another 500.

From 60 meters deep, at least for economic reasons, it is necessary to switch to floating. This makes it possible to set up at a greater distance from the coast, with less visual impact, and in more windy areas, which improves production capacity.

In the Mediterranean, this technique is essential because the sea floor descends quickly.

Each wind turbine is fixed on a float maintained by anchor lines connected to the bottom, more or less taut. Stability is guaranteed by the size of the float or by a very low center of gravity, explain the manufacturers.

Pilot farm floats are up to 100 m long. They will also depend on the size of the wind turbines chosen.

Because the larger the diameter of the wind turbine, the more electricity it produces: for example, a 250 MW park requires 42 wind turbines of 6 MW, but 17 are enough with 15 MW models.

Globally, 80% of offshore wind potential relies on floating technologies, according to the International Energy Agency. In France, Ademe has assessed the potential at 16 gigawatts (GW) accessible for fixed wind power and 33 GW for floating.

Europe is a pioneer. A first commercial park, "Hywind", was inaugurated in Scotland in 2017, for more than 30 MW. In Portugal, WindFloat Atlantic was commissioned in mid-2020: the three largest turbines in the world on a float, for a total of 25 MW.

Much larger commercial parks are on the way: off South Korea, opposite the Canary Islands, Scotland, in the Bay of Rosas (north of Catalonia)... Another, 7SeasMed, carried by Danish developers, is mentioned between Sicily and Tunisia, where funds reach 300 m.

In the French Mediterranean, pilot farms are expected immediately, with 3 wind turbines each time. This is the EolMed project, 30 MW 18 km from Gruissan (Aude), expected this year. In 2023, it will be the wind turbines of the Gulf of Lion, off Leucate, and Provence Grand Large opposite Port Saint-Louis du Rhône.

Objective of these pilot sites: to test floats and impacts. But the Environmental Authority, solicited on Provence Grand Large, had issued a cautious opinion: what impact on biodiversity? Will these pilots be enough to respond?

Many participants in the public debate on the installation of floating wind turbines in the Mediterranean, a particularly fragile sea, for their part asked for a postponement, the time to study the effects on the environment.

On Monday the government maintained its schedule. While promising to review the location off Fos according to ongoing environmental studies, particularly on migratory birds.

France has several "flottorists", such as Ideol in La Ciotat or Eolink in Brittany. In 2020, it was more than 600 jobs (5.000 for marine energies as a whole), according to the Observatoire des energies de la mer.

Energetics also see an outlet there. Like TotalEnergies which, for the EolMed pilot project, called on some thirty petroleum engineers who are experts in offshore platforms.

On Monday, the government launched two calls for expressions of interest for the development of the industrial sector and dedicated port infrastructure. Objective: "that France becomes a key nation" in this sector, says Matignon.

The development of wind power can only be done with the greatest respect for the environment. To this end, the creation of the National Observatory for offshore wind power, announced by the Prime Minister last August and endowed with 50 million euros over three years, is intended to feed the planning approaches for future development. of offshore wind power and respond to the concerns of stakeholders, particularly with regard to the impacts on marine biodiversity and fisheries resources. Its objectives are twofold: to enhance existing knowledge and to launch new knowledge acquisition programs in order to guarantee that biodiversity issues are properly taken into account in the deployment of offshore wind power.

Work to set up the Observatory began in the fall of 2021 and involved the scientific advice of the facade committees. The work carried out has made it possible to establish a first study program for the Observatory and the first studies will be carried out from 2022. The Prime Minister notably announced the launch of a large-scale program on the migrations of avifauna and chiroptera on the Atlantic arc. It is also planned that Ifremer will launch work to map spawning grounds in the Mediterranean.

In order to decide on the interest and the scientific quality of the studies, a national scientific council will be set up. This council will be supported in its action by a committee of stakeholders bringing together representatives of the main environmental NGOs, fisheries, industrialists, energy companies, coastal elected officials, local residents' associations, State services, etc.

The sector is committed: on the basis of the first projects awarded, since 2011, an offshore wind sector has been structured in France, already comprising leading industrial facilities and more than 5 jobs at the end of the year 000.

In order to promote the creation of jobs in offshore wind power in France, it is necessary to provide visibility on the volumes that will be allocated in the years to come. This visibility should enable manufacturers to invest massively in France by offering strong prospects for outlets.

In this pact, the State confirms its commitment to an ambitious deployment of offshore wind power off the French coast with an allocation target of approximately 2GW/year from 2025 and 40 GW installed in 2050. commits to quadruple the number of direct and indirect jobs linked to offshore wind power by 2035, to commit more than 40 billion euros of investment over the next 15 years and to achieve local content up to 50% on projects.