Who is Nadia Hai, the new Minister Delegate in charge of the City? 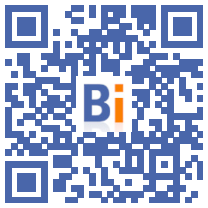 Nadia Hai, appointed at the age of 40, Minister Delegate for the City, was until then LREM MP for Yvelines, where she had drastically beaten the socialist Benoît Hamon in 2017, before specializing in the Assembly in the subjects for which she is now responsible.

Novice in politics, Nadia Hai had eliminated the socialist presidential candidate in the first round of the legislative elections, before winning the second against LR Jean-Michel Fourgous.

This mother co-founded the Comité Femmes En Marche avec Macron (FEMM). She had in particular focused her campaign on equal opportunities and youth, claiming her inexperience - and her lack of notoriety -, according to her pledge of renewal.

Since arriving at the Palais Bourbon, the member who sits on the Finance Committee has worked on several occasions on subjects related to city policy. She is vice-president of the study group Cities and suburbs and has in particular been responsible for a parliamentary information mission to assess and monitor the use of funding from the National Agency for Urban Renewal (Anru).

She had also been appointed by the President of the Assembly Richard Ferrand (LREM) of which she is close, to work on taxation and in particular the reform of the ISF.

His deputy Moussa Ouarouss, who must inherit his seat in the Assembly, has been under investigation since the end of 2019 in an investigation into a drug trafficking between Morocco and France.

Questioned by AFP at the time of the announcement of this indictment, Ms. Hai said she had no longer had contact with his deputy "for several months" because of "political disagreements". "I fell out of the chair when I was told about this case but I believe in the presumption of innocence," she added.