Which are the 10 French cities with the most thermal sieves? 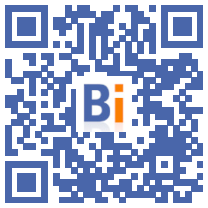 While "ecological planning" is on everyone's lips, the rental of thermal colanders will be gradually prohibited from 2025, and a rent freeze is already planned for this summer, Hello Watt has sought to identify where the thermal sieves were located in France, in order to better understand the local challenges of energy renovation.

Based on data provided by the French Environment and Energy Management Agency (ADEME) and the INSEE 2017 census, Hella Watt has established the ranking of French cities with, in proportion, the most thermal sieves.

Conversely, Hello Watt listed the cities with the lowest proportion of colanders. For these two rankings, Hello Watt focused on the 50 largest cities in France (in number of inhabitants).

The Hello Watt teams also did the exercise for the departments. Here again they offer two classifications, each time in proportion and not in absolute value of thermal sieves.

Their data comes from the ADEME database and the INSEE 2017 census.

The cities with the fewest colanders, in proportion, are mainly located in the south of France.

The cities with the highest share of thermal sieves are mainly located in Ile-de-France. Many cities deemed “rich” are poorly ranked.

The South and West zones have housing with a correct ECD.

It is in the Alps that we find a high proportion of colanders. 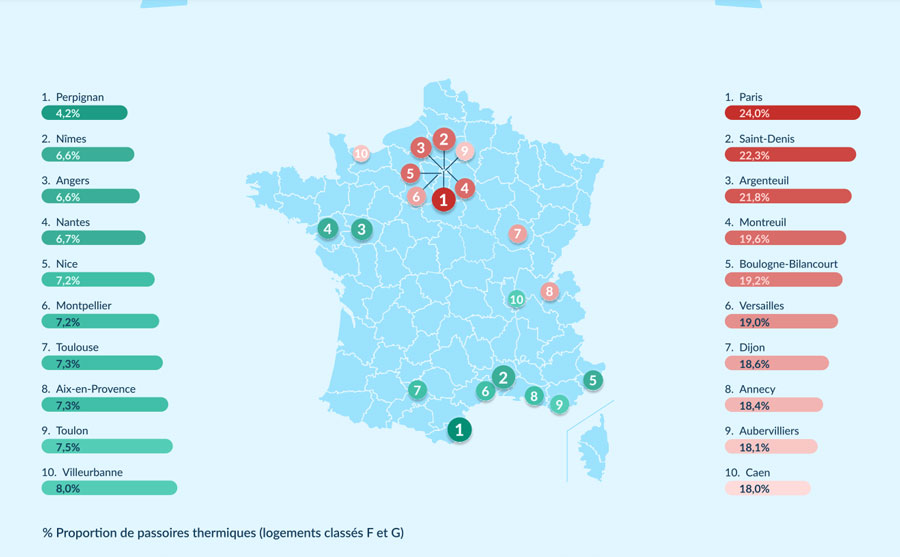 The ranking of cities with the fewest thermal sieves

As for the good students, the main finding is the presence of many cities in the south of France at the top of this ranking. One of the reasons that may explain this phenomenon lies in the materials used for the construction of housing, which vary or have varied depending on the region. In Provence, for example, many houses are made of stone, which allows the heat to be stored during the day and gradually diffused into the accommodation when the temperature drops.

The low share of old housing may also partly explain the good results of certain cities. In Montpellier, for example, less than 35% of housing was built before 1970.

But there are counter-examples: in Toulon for example, more than 66% of housing dates from before 1970. In this case, it is most certainly ambitious renovation policies that are to be congratulated.

Which cities have the most thermal sieves in France?

The cities with the highest proportions of thermal sieves are mainly located in Ile-de-France. Paris wins 1st place in this ranking with 24% of poorly insulated housing (i.e. more than 330 colanders). One of the causes that explains this trend is the proportion of housing built before 000 (the first thermal regulation in France dates from 1970). In the capital, 1974% of housing was built before this date.

Technical constraints can also explain the little work undertaken in these very dense cities: the share of collective housing - where decisions must be taken collectively - is high, and the price per m2 can deter some households from reducing their living space with a interior insulation.

Another important lesson: the presence of many cities deemed “rich” in this ranking. What to twist the neck of certain received ideas. Indeed, who says high income does not necessarily say new or well-insulated housing. This is an opportunity to recall that in France, 58% of thermal sieves are occupied by intermediate or wealthy households. 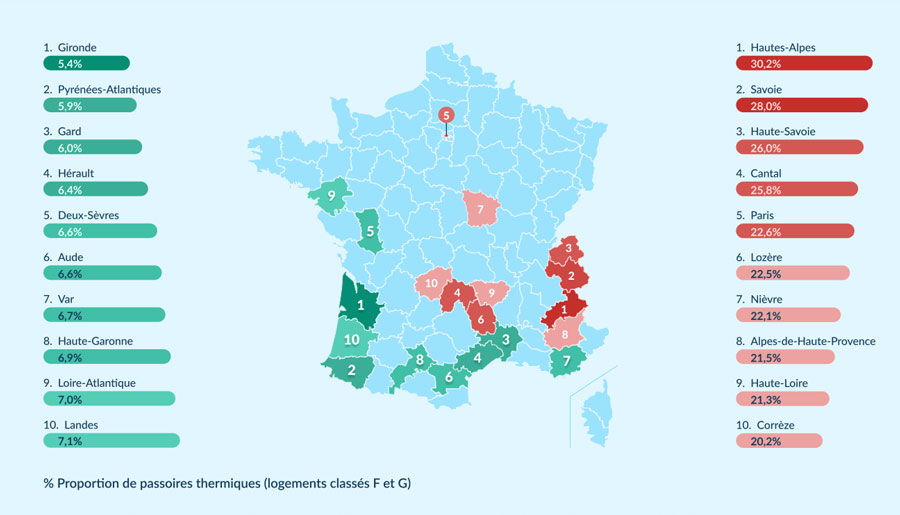 Fewer thermal sieves in the south and west of France

Hello Watt studied the departments with the fewest thermal colanders (always in proportion).

For this classification, we note the strong presence of departments of the South and the West.

The climate, the age of the buildings or the presence of ambitious energy renovation policies can explain this phenomenon.

Hautes-Alpes, Savoie and Haute-Savoie among the bad students

It is interesting to note the very large share of Alpine regions in the ranking of areas with the worst ECD. In question: the cold and rough climate which requires a significant need for heating, and increases consumption per m2 (taken into account in the calculation of the DPE).

The other lesson is the presence of “rural” areas (Cantal, Lozère, Nièvre, Corrèze) in this ranking. Here again, the age of the constructions and the materials used may be the cause of some of these figures. The absence of a major energy renovation policy in these departments may also partly explain these results. 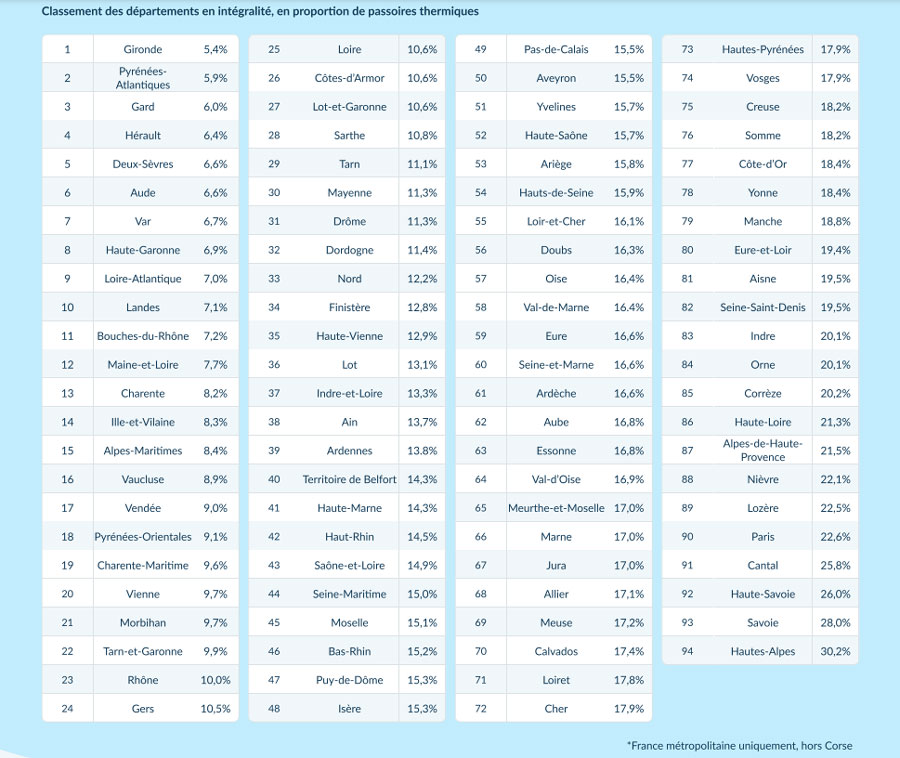 How is the Energy Performance Diagnosis (EPD) calculated?

DPE is the worse of these two ratings. 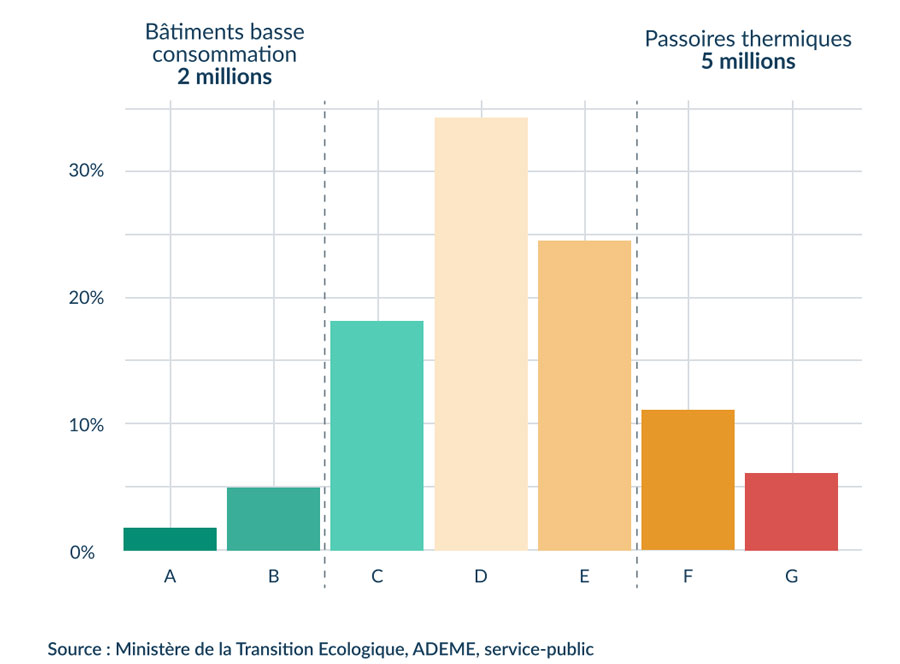