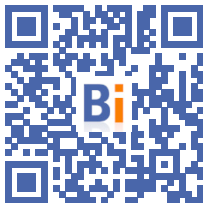 In the tranquility of Tilos, the wind turbine slowly snorts in front of the silvery sea while the scorching sun hits the hill lined with photovoltaic panels. The green island of the Dodecanese, the pioneer, almost autonomous in energy, wants to "set an example" for its little Greek sisters, some of whom are already taking over.

"It is the future to no longer depend on oil", exclaims Vassilis Oikonomou, in his café bar in the port. Like most of the 780 inhabitants of Tilos, the XNUMX-year-old is pleased that his "island is autonomous" to no longer "depend on the surrounding islands" for energy.

In the Dodecanese archipelago, facing the Turkish coast, this remote land of 65 km2 is the first in the Mediterranean to produce almost all of its electricity from renewable energies, thanks to 11 million euros from European funds and 4 Greek private investors.

Tilos won this week the 3rd European prize for the best energy transition after the Danish and Spanish islands.

"Tilos has given the example and it is the solution for the small islands of our country", is proud the mayor of Tilos, Maria Kamma. "All residents are winners, the cost of energy is reduced and there are fewer power cuts than before," she told AFP.

Connected by a submarine cable to the neighboring island of Kos, Tilos is "100% energy independent most of the time, but at the peak of the tourist season, it is rather 70%", admits the city council.

Benefiting from the sun and the wind, Tilos, which "officially has the first hybrid power plant" in Greece, "produces and stores energy", welcomes Spyros Aliferis, engineer from Eunice Energy, a Greek renewable specialist who supplied the wind turbine and solar panels.

With its panels with a capacity of 400 kilowatts and its wind turbine with a power of 800 kW, "the project has been working perfectly for two years," said the engineer, pointing to the storage batteries.

"This is an example that a small island can operate only with renewable energies," he told AFP.

About a hundred km to the west, the island of Astypaléa has taken up the challenge, hoping to reach "70% of its energy needs within 3 to 4 years," the Greek deputy minister of Foreign Affairs Kostas Fragkogiannis, initiator of the government project.

On this butterfly-shaped land, straddling the Dodecanese archipelago and that of the Cyclades, the some 1.300 islanders must eventually get rid of the diesel generators that still power their homes, and be equipped with wind turbines and solar panels.

But unlike Tilos, the project of 10 million euros, including 6 from government funds, plans to switch to all-electric vehicle traffic, in partnership with the German Volkswagen.

At the foot of the Venetian citadel and the small white houses that descend towards the port, there are already recharging stations for the first electric cars.

"A model for the world"

The whole project foresees a reduction in CO2 emissions by 70% and a reduction in energy costs by 25%. "In our eyes, it is a model for the world", adds Mr. Fragkogiannis.

The opposition Syriza party has criticized Volkswagen's "advertising campaign" on the "exotic stage" of Astypalea.

"This is not a Volkswagen island", insists the deputy minister, "all car manufacturers can get involved and sell their own vehicles". The politician assures us that "there will be no exclusivity, neither in Astypaléa nor in Chalki".

Because the next stage of the Greek government's green plan is located on the tiny island of Chalki, west of Rhodes, with European funds, this time in collaboration with the French car manufacturer Citroën, according to sources at the Greek ministry of 'Energy and Environment.

Both Volkswagen and Citroën seek to turn the page on the scandal of rigged diesel engines.

The French Vinci Energie and the Greek Akuo Energy must also participate in the installation of a hybrid power station on the 26 km2 island lined with houses in the colors of the rainbow.

The Franco-Greek agreement in Chalki must be unveiled next Friday but "the idea is to follow in the footsteps of Tilos and Astypaléa", according to the same sources.

The objective here too: to become autonomous in renewable energies.

Even if for the moment, the islands which are going green have hardly any hindsight.

For Prodromos Trikilis, a coffee maker from Tilos, "it's a bit early to judge this attempt to make the island energy independent". "You have to be patient," he told AFP, "it will eventually have results."