When Caracas was the architectural capital of the 1950s 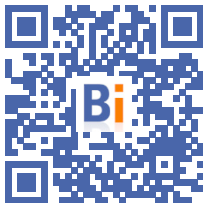 Oil, economic boom, great works of the dictatorship: today undermined by the economic crisis and dotted with slums, Caracas was nevertheless in the 1950s at the forefront of architecture, with achievements signed by creators of world renown.

In a magical decade, the Venezuelan capital has seen the birth of gems: the Central University of Venezuela, listed as World Heritage, "the total work" of Villa Planchart by Italian designer Gio Ponti, or the Humboldt hotel, a jewel Bauhaus.

"Regardless of the legitimate criticisms that can be made" on human rights and democracy, "Perez Jimenez was an excellent public works manager," architect and professor Oscar Rodriguez Barradas told AFP. "There was also a nationalist dimension with + We can do it +".

The period also coincides "with the arrival of European immigrants and a highly qualified workforce capable of carrying out the projects", he underlines.

To all lord, all honor: the Humboldt hotel, "our Corcovado" enthuses Mr. Rodriguez, dominates Caracas at 2.150 meters above sea level, on the ridge line of Avila, the massif separating Caracas from the sea.

It was built in 1956 for unspeakable reasons: Perez Jimenez wanted a cable car that could transport "800 soldiers per hour" from the port to the center in the event of disturbances, recalls Carlos Salas, the hotel manager.

We then decide on a "relaxation area" at the top to justify the cable car and the dictator places an order with a young fashionable architect, Tomas Sanabria.

A pupil of the founder of the Bauhaus, Walter Gropius, at Harvard University, Sanabria succeeded in one of the most beautiful buildings of this style on the continent.

Even today, the hotel is only accessible by cable car or by a track reserved for 4X4. From the city, only its tower is visible but on approach, it is its base that impresses with its clean lines and wave-like vaults.

"The hotel floats between the clouds", sums up the manager. The interior of the building, perfectly restored by the Venezuelan state after years of neglect, is composed of large luminous spaces that the clouds, pushed by strong winds, seem to cross. Reopened to an upscale clientele ($ 340 per night), the hotel hopes to become World Heritage in 2022.

The legacy of Perez Jimenez can also be seen in the heart of the city with in particular the Simon Bolivar Center (1954): two twin towers and long ministerial buildings, signed by the Venezuelan architect Cipriano Dominguez and which bear witness to "a language à la Le Corbusier with aspirations that go beyond their function "of offices to channel the activity of the city center, underlines Oscar Rodriguez.

With its immense car parks and "cascades of stairs", it was also the expression of the automobile civilization, then a sign of modernity and wealth.

Venezuelan Armando Planchart is making his fortune with his American car dealerships sold to an emerging middle class.

His wife Anala convinced him to build a house on the heights of Caracas. Subscriber to the prestigious Domus magazine of the Italian designer and architect Gio Ponti, they decide to hire him: it will be the Villa Planchart (1957).

The Plancharts give carte blanche to Ponti who designs the house of his dreams to create this "butterfly on the hill", according to his expression.

"Ponti had almost no limits as to the resources and wishes of the sponsors," said their niece Carolina Figueredo, who manages the Planchart foundation.

Flooded with light by an interior patio and "through" windows, the house has almost no doors, but clear partitions between the spaces.

Ponti designed practically everything: hinges, door handles, crockery, lamps, chairs .... It's "+ the total work + because in addition to architecture and design, he planned the placement of the collections or works "signed Calder, Leger, Buffet, Cabré or Reveron," explains Carolina.

Ponti positioned the windows that function as paintings to offer views of the Avila.

Only disagreement, the library where the owner wants to exhibit his African hunting trophies little appreciated by the designer. Ponti solves the problem with a coquetry: a revolving wall worthy of a James Bond, which makes it possible to hide or exhibit the heads of buffaloes and antelopes!

“Ponti was delighted with the result, but also with Caracas” for which he designed a vast urban project that never saw the light of day, explains Carolina Figueredo.

The great Venezuelan architect of the time is undoubtedly Carlos Raul Villanueva, who excelled in the rare residential houses he designed, but above all as an architect of public buildings.

Its masterpiece remains the Central University of Venezuela (UCV).

"It is a constructed utopia", summarizes his daughter Paulina Villanueva, architect. In total, around forty buildings, including a hospital, classrooms, conference rooms, libraries, plazas.

To walk there is a wonder with different buildings but which form a unit. Indoor and outdoor spaces intermingle. The covered passages, with roofs appearing suspended in the air, are one of the architect's findings.

"They are places of life and exchange, you walk around without ever losing contact with the outside, the air, the light", explains Paulina Villanueva. "My father thought that architecture was the construction of the place of human life. The place is not imposed, but supports, stimulates", she explains.

But with the unparalleled economic crisis that has hit Venezuela since 2013, the university is deteriorating. Holes in the walls and ceilings, damaged frescoes, broken windows, vegetation and water infiltration ... In 2020, a section of a covered passage collapsed.

"We are talking about 25 years of giving up. It hurts! The teachers don't make 10 dollars a month. There are no bulbs, the students buy them and take them out when they leave so that they don't have them. fly ", cries Paulina, sometimes with tears in her eyes, sometimes angry.

"For my father the university was his second home, his most expensive work, he would not have understood its current state", she says.

Like the UCV, many buildings from this golden era are in poor condition. Others have been led astray, such as "L'Hélicoide" (1958), a shopping center transformed into a prison, or quite simply razed (Villa Diamantina de Ponti).

"It was a generation of architects, intellectuals who had a vision for the future", summarizes Paulina Villanueva. "They thought this future was possible. Unfortunately, it was not."