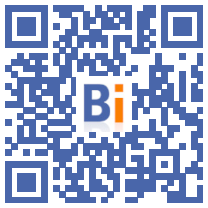 After having set her sights on an apartment under construction, Camille, 31, is preparing to take out a mortgage when her broker announces to her, at the beginning of May, that the file is blocked: with the borrowing rate offered by her bank, the so-called "wear rate" would be exceeded, which is prohibited.

"It was the first time I had heard of this rate", tells AFP this Taiwanese living in France for almost 10 years, who hopes that her broker will manage to find an arrangement with her bank.

Intended to protect individuals from abusive borrowing conditions, the usury rate, set each quarter by the Banque de France, is relatively unknown to the general public. Concretely, no bank can, all costs included, lend at a rate higher than this threshold calculated on the basis of the average rates granted during the previous three months, increased by 30%.

However, since mortgage rates increased from 36% to 70% on average between January and May - according to the broker La Centrale de Financement - and since the wear rate is always calculated on the basis of loans granted to the first quarter of 2022, more and more proposals exceed this legal scale.

This "very rapid" and "unusual" rise, comments Maël Bernier, director of communication, of Meilleurtaux, is explained by the rise in interest rates on French state loans on which banking establishments are based.

In Camille's case, the bank offered a rate of 2,20% over 25 years, in line with its budget and with the financial standards which require that the repayment of monthly loan payments by a household should not exceed 35%. of his net income.

But once all the fees are added, the annual percentage rate (APR), which serves as a benchmark, was 2,65%, well above the rate of wear currently set at 2,40%.

“We process an average of five files per month and out of the five this month, all have had wear rate issues,” says Camille’s broker, partner in a small independent firm and who prefers to remain anonymous.

On files where "we had (previously) an automatic agreement from all parties, today we spend almost two or three hours trying to find a solution", he explains.

According to several brokers interviewed by AFP, between 10% and 15% of files will no longer be able to obtain a loan, except to review their project.

Main victims: the over 40s, for whom "it is very difficult not to exceed the wear rate", explains Maël Bernier, because they pay more for the borrower's insurance, which covers various risks such as death, illness or disability, protecting both borrowers and banks against default.

Sophie, 51, almost paid the price. Despite an offer from his bank at 1,27% over 25 years – a rare loan term at this age – the APR exceeded the rate of wear. Fortunately for her, the bank revised its offer slightly downwards, to 1,25%, opening the door to an APR of 2,39%, just enough to be in the nails.

While the usury rate will not be recalculated until July 1 and the rates should continue to climb until then, Sylvain Lefèvre, president of La Centrale de Financement, pleads for a suspension of the usury rate, which "is no longer correlated with real economic life", or for a redefinition of the method of calculation.

But beyond the problem concerning the rate of wear, the rise in rates affects all buyers, the cost of mortgages having mechanically become higher. According to the Central Financing Department, a loan of 180.000 euros over 20 years at 1,45% will ultimately cost 27.446 euros. It is almost 10.000 euros more than if it had been subscribed at the beginning of the year.

"The projects whose financing plan is the most stretched may have to be reworked", warns Societe Generale who advises to "check the financing plan with your adviser before committing".