What will change in 2022 for territories and local authorities 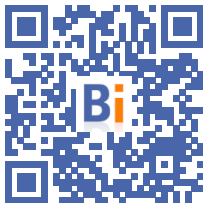 Since January 1, 2022, new measures have been implemented: abolition of the housing tax, regional aid, reform of the compensation fund for value added tax ... Here are the main measures to remember.

By 2023, households exempt from housing tax will go from 80% to 100% for main residences. For 2022, the 20% of households that do not benefit from this measure will however receive an exemption of 30% on their housing tax.

Faced with this loss, local authorities have also been fully compensated via new resources since 2021:

The finance law for 2022 consequently adapted all the financial indicators used for the distribution of State grants and equalization mechanisms (fiscal and financial potential, fiscal effort, coefficient of fiscal integration). It also incorporates new resources into municipal financial indicators, in order to strengthen their capacity to reflect the relative wealth of communities. A correction is planned in order to completely neutralize the effects of these reforms in 2022 on the calculation of the indicators, then to gradually smooth their effects until 2028. Thus, the distribution of allocations will not be destabilized and will gradually integrate the new criteria. .

The finance law for 2021 recorded the gradual automation of the FCTVA from January 1, 2021.

Its automation results in a gradual replacement of the formerly manual examination of reimbursement request files sent to the prefectures by an automatic calculation via a new dedicated application based on the expenses charged to a set of eligible accounts. We can therefore see a simplification for the communities which will be reduced from the work of transmitting specific paper files but also a modernization of the work of the prefecture agents in charge of the application of this device.

Extension of priority geography and support mechanisms for regions in difficulty

This extension for an additional year of city contracts and eight zoned systems to support economic development and employment in the territories which expire on December 31, 2022 concern:

All of these zonings concern nearly 60% of the municipalities in France.

In addition, the list of municipalities classified as city center revitalization zones (ZRCV) set by the decree of December 31, 2020 will be updated on January 1, 2022 in order to take into account the territorial revitalization operations (ORT) signed in 2021.

In 2022, the new regional aid map (AFR) 2022-2027 for the overseas departments and regions and the community of St Martin will come into force.

Within the AFRs, France is authorized to grant public aid for investment and business employment by the European Commission. The purpose of zoning is therefore to strengthen the public support provided for the benefit of companies present in areas in difficulty. The DROMs and the community of Saint-Martin will be added to the current map in force since 2014, in accordance with the European Commission of April 19, 2021. For the metropolitan map, resulting from the proposals of the regions with the aid of the State and local authorities, it will enter into force in the first months of 2021, once validated by the Commission.

The Public Employment Integration Establishment (EPIDE) will gradually offer its young volunteers accommodation capacity on weekends, whereas the centers have so far only been open during the week. The allowance they receive during their stay will also be increased in 2022.