What to expect from the government's 2022 draft budget 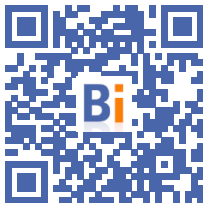 Sharp increase in spending, economic recovery, public debt, investment plan, ministries at the party: here is what to expect from the 2022 finance bill which will be presented on Wednesday by the government in the Council of Ministers.

The Minister of the Economy, Bruno Le Maire, regularly welcomes the fact that the unemployment rate has returned to its pre-crisis level (just over 8%), like business investment, and that household consumption rebounded.

Consequence: the ratio of public debt to gross domestic product (GDP) should also decline slightly, to 116% in 2021, then 114% in 2022. However, this is still a record level for the French economy, fruit of the policy of "whatever the cost" enacted by the President of the Republic, Emmanuel Macron, to face the health crisis.

Sovereign missions in the spotlight

The state budget should already grow strongly next year, by at least 11 billion euros, to nearly 300 billion, according to the budget orientation document published in July. But it will ultimately be a little more, due to additional expenses not yet taken into account.

As far as is known, it is the sovereign ministries that are doing well in the budget negotiation game, with +1,7 billion euros for the Armies, +1,5 billion for the Interior or +600 million for the Justice.

Education is also well endowed (+1,6 billion after +4,3 billion in 2021), in particular to finance increases in teachers' salaries. Research also saw its budget increase by 750 million euros.

The government is maintaining the timetable for the tax cuts decided before the crisis, but does not want to take any new tax measures in the 2022 budget.

The wealthiest 20% of households will thus see their housing tax further reduced next year, after a first step in 2021. Already completely abolished for 80% of households, it will be for all taxpayers in 2023.

Likewise, corporate tax will rise to 25% for all companies, the latest step in a reform initiated in 2018, with the aim of improving their competitiveness.

Unprecedented fact, the executive has not yet arbitrated two flagship measures expected in the 2022 budget: the investment plan and the commitment income.

The first, which should be in the order of 30 billion euros, aims to invest in future and innovative sectors, such as hydrogen, biotechnology, electric batteries or semiconductors.

Emmanuel Macron was originally supposed to unveil it in early September, but its presentation was postponed to mid-October. Officially, it is a question of more concerting the industrial sectors concerned, but the government must also decide on its management.

The second measure is the commitment income for young people, the last major social reform of the five-year term. It aims to support those who have no job or training, and who in exchange for a commitment will receive an income, probably around 500 euros. Estimated cost: 2 billion euros per year, according to the Ministry of Labor.