What future for the business district of Paris La Défense? 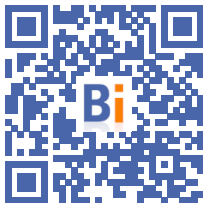 On November 18, Urban Land Institute France, under the chairmanship of Sébastien Chemouny, organized its 2021 Annual Conference, at Paris La Défense Arena. The event brought together more than 200 professionals who attended round tables and testimonies discussing the challenges of attractiveness and future prospects.

“Paris La Défense: Should I stay or should I go? "

By trying to answer the malicious question posed by the Clashes, ULI France invites us to compare the points of view and experiences of the biggest players in real estate and the city facing the great challenge of reinventing business districts around the world. , and in particular that of Paris La Défense, the leading business district in Europe.

Areas for improvement to increase attractiveness

Unique in its kind for its verticality, its urban planning and the density of its transport networks, Paris La Défense is also an astonishing open-air contemporary art museum and an urban space much more diverse and evolving than it seems. . Despite everything, the slowdown in transactional activity has been felt for several months with around 15% vacancy rate (i.e. three times that recorded before 2020). Even if Pierre-Yves Guice, General Manager of Paris La Défense says he has observed "a rapid return in rental performance to the pre-crisis average", the COVID crisis highlights the structural defects of the district, which are hardly compatible with contemporary issues. , and reveals profound changes questioning companies. La Défense, a central place for business activities, shakes up the certainties of planners, promoters, investors or architects who design and manage spaces: "We must make users want to stay in the district at night to increase its attractiveness" affirms François Trausch , CEO of Allianz Real Estate. He thus details five major areas for improvement to "get up to speed" against its international competitors (Hudson Yards in New York, Marina Bay in Singapore, Shinjuku in Tokyo or Canary Wharf in London): create an area for bicycles. and pedestrians in order to favor soft mobility; green the neighborhood; offer more mixed uses of buildings; highlight culture and art and finally, think about a new private governance of places.

Axes which seem to resonate with the other actors: “We want to put social and environmental issues at the heart of the development of the district. "Confirms Pierre-Yves Guice, Managing Director of Paris La Défense in order to" become the first post-carbon business district ". An opinion shared by Jade Francine, Co-founder and Director of Operations of WeMaintain: "Within 5 to 10 years, La Défense will have undergone a profound transformation centered on environmental approaches and user needs".

Paris La Défense and investors: diversity at the heart of future projects

All the speakers present agree that office uses will evolve, in particular under the effect of increased demand for flex office from the younger generation. "The traditional lease, known as 3-6-9, could become obsolete" suggests Christophe Burckart, Managing Director of IWG. Smaller surfaces, thus reducing the rental costs of tenant companies, could be favored in the event that teleworking becomes widespread and on-site presences are staggered in order to reduce the presence of all employees simultaneously simultaneously: " Teleworking has become a groundswell that is forcing us to review the use of our tertiary surfaces. Uses by users guide our thinking and will lead us to reduce these surfaces by 30% ”adds Katayoune Panahi, Director of SNCF Immobilier.

Hence the interest of greater diversity within buildings, associating the tertiary sector with other types of services: “A vertical building is relevant when you know how to add the right services, have 5 or 15 trays. »Explains Xavier Musseau, President of Hines. This is the case with the Tours Sisters, or even the “Odyssey” project carried out by the Primonial REIM France group: “There are 3 buildings: 60% offices and 40% mixed use. Gender diversity will also be expressed in shops at the foot of buildings and with a rooftop ”explains Grégory Frapet, CEO Primonial REIM France.

For Victor Carreau, Co-founder and Director of Comet Meeting: “I think there are three elements to take into account when talking about the future of La Défense: you have to build on your strengths (hyperconnectivity, world fame), erase your weaknesses (dehumanized, very mineral side) and adapt it to new working methods in order to move from a rigid area to an area of ​​intense collaboration. "

The young generation, the key to transformation?

At the moment when life resumes its course, Paris La Défense and all of the world's business districts are ready to reflect on the certainties and alternatives of their future, whether at the inspirational, technological, managerial or even financial level, which will mark a new era with the next generation: “We must continue to anticipate the needs of the workers of the new generation, see what makes up their daily lives and locate them in the buildings that are being built in Paris La Défense. »Explains Tamara Brisk, Founder and Director of Mökki. If all the speakers during the ULI France conference agreed to the sustainability of the national business district, they nonetheless insisted on the need to transform the district by paying attention to this rising generation: "The most important for me "confides Grégory Frapet," it is the attractiveness of this area for young workers ".

A district and a territory in the making, Paris La Défense definitely advocates the “I should stay”.