Welders or engineers, the industry is still struggling to feminize 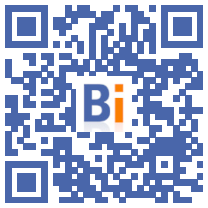 Even if the famous American poster of "Rosie the Riveter", with its red bandana with white polka dots and its raised fist, has become an icon of the feminist struggle, in France, the industry is still struggling to recruit welders or photovoltaic technicians.

In total, women represent only 30% of employees in the industry and barely more than 15% of its senior executives, deplore the country's industrial and political leaders at the Global Industrie fair in Lyon.

"In companies, women are often in human resources or support functions such as communication, the more we go to production lines, the lower the figure" recognizes Alexandre Saubot, president of France Industrie, the organization that represents the sector, and head of the Haulotte group (Elevating equipment).

However, Ammana Kehalia, 20, has found her way: "object radiologist". She will begin training to control the quality of welds on metal parts using "X-ray" machines. "A responsible job, where you have to read a lot of studies, I like that".

After a dented schooling, redoubled third, unfinished CAP hairdressing, the young Lyonnaise, passed by the School of the second chance E2C, must integrate this fall the campus Industreet in Stains (Seine-Saint-Denis).

Opened last year by the Total Energies Foundation, it welcomes its second class of young people aged 18 to 25 who are dropping out of school, in a department where youth unemployment exceeds 20%, for industrial training.

This week, Ammana met the Minister Delegate in charge of Industry, Agnès Pannier-Runacher, who came to Lyon to encourage girls in science to go into industry. Ammana asked him "above all to better inform" very young pupils about these opportunities.

"Since I was little, I was interested in the manual, the mechanics, there was a garage near my home in Vénissieux (suburb of Lyon), I went there on my own, I was passionate about the idea of ​​repairing something broken, ”she says. But during the orientation, Ammana was encouraged to choose a "girl's job": Hairdresser. It was a complete failure.

Inas Kaci, 21, in master's degree in computer science at the Sorbonne in Paris, said to herself, "struck" by "the very low number of girls" in her promotion of maths: 4 out of 32. Same phenomenon in many promotions of engineers.

Gender stereotypes die hard, even if much has been implemented in National Education to overcome them from early childhood. In addition, studies show that if they are better students, girls are statistically less self-confident.

“It's not college doing this, it seems like it happens naturally, but I don't understand why,” said Inas. The young girl is active in the Elles Bougent association, whose representatives also met Ms. Pannier-Runacher in Lyon.

"While we want to revive the economy and make France a more ecological, competitive and united country, it is impossible to ignore 50% of our talents" supports the minister who says she is determined to "get people moving. mentalities in the professional world ". Both in the name of equal opportunities and the competitiveness of businesses.

"Diversity gives more performance to any organization, and the easiest to set up is feminization first," says Pannier-Runacher. "If we always take the same ones, we end up reproducing mistakes".

Frédéric Sanchez, president of the engineering group Fives and head of Medef, present at the meeting, admits that there are "internal problems" in companies at the time of recruitment: "It is sure" he said.

"I am very dissatisfied": Even by giving bonuses to recruiters for hiring women, "we are not succeeding". For him, "it is as if 40-50-year-old male engineers were inclined to favor men". As if they had a hard time trusting young girls 25 or younger.