We can repaint before selling 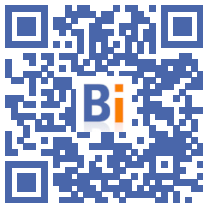 It is not because the seller of a good repainted it shortly before selling it that one can blame him for an attempt at concealment.

Painting before offering a good for sale is a usual practice which is not of a suspicious nature, judges the Court of Cassation.

Justice was seized of a lawsuit between buyer and seller of a house, the first accusing the second of having sold him a damp house without warning him and of having knowingly deceived him by concealing the damp spots under a coat of paint.

This is a fraud, said the purchaser, that is to say a deception which was intended to lead him to buy under the effect of a false conviction, in this case the conviction that the roof was flawless even though it had infiltrations in the walls.

But for the Court, on the other hand, the coat of paint affixed at the time of the sale does not reflect an intention of dishonest concealment, or even suspicious, unless the contrary is demonstrated. It is only a matter of the intention to showcase the property before offering it and, without other clues, nothing can be deduced from it.

The Court of Cassation made it a strict principle because it stated it even though the seller could indeed have doubts about the quality of the roofing work that he himself had carried out.