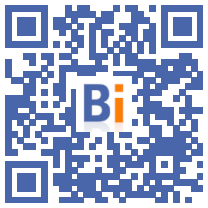 Brought together today by Emmanuelle Wargon, the National Observatory for unpaid rents has not noted a significant increase in unpaid rent. However, the members of the Observatory share a concern which led the Minister to confirm the creation of a fund of 30 million € which will come to supplement the local authorities' FSL. In addition, Emmanuelle Wargon told them about her strategy for preventing rental evictions, by presenting short, medium and long-term measures.

While the latest Observatory results do not bear witness to a major increase in unpaid debts, the participants reiterated their concern about the situation of households affected by the crisis, which are finding it increasingly difficult to pay their rent. They are not always in a situation of non-payment because they draw on their savings, their family resources, and prioritize expenditure items, but present a risk of non-payment in the medium term.

They were heard by Emmanuelle Wargon, Minister for Housing, who announced the creation of a fund to help unpaid rent and detailed its implementation modalities. Based on the actions of local authorities, this aid fund will supplement the housing solidarity funds (FSL) managed by the departmental councils and the metropolitan areas by making it possible to double the capacities in terms of assistance with the payment of rents. In the amount of 30 million euros, it will support communities to come to the aid of these new households whose financial situation is made difficult by the health crisis, and who are not used to seeking social services.

At the same time, Emmanuelle Wargon announced the main lines of her strategy for exiting the winter break, following the recommendations of the report by parliamentarian Nicolas Démoulin. Shared with the Ministry of the Interior, this strategy is based on the following principles:

Finally, the Minister detailed the measures of a 2021-2022 rental eviction prevention plan, which notably includes the measures of the Démoulin report. These measures should make it possible to act sooner and thus better protect households in a situation of financial fragility.

The plan strengthens the departmental committees for the coordination of actions to prevent rental evictions (CCAPEX), notably with additional staff (around 60 full-time equivalents) and an improvement of the information system for better information sharing.

To more quickly identify households in default, the thresholds for submitting files to CCAPEX and CAF will be lowered to one month.

In order to reduce the non-recourse to aid, a communication on aid will be deployed from the end of April, relying on the departmental agencies for information on housing (ADIL) and on the judicial officers whose role in prevention will be strengthened.

Social support measures for households will also be strengthened, in particular thanks to a contribution of 20 million euros from the National Support Fund towards and in housing (FNADVL) by Action Logement, over two years.

The Government is fully mobilized to protect people in precarious situations impacted by the health crisis by acting through immediate aid measures and structural prevention actions over the long term.