Volume II of the Rebsamen Commission report: some welcome recommendations, others of concern 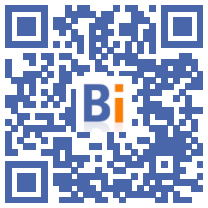 In volume II of François Rebsamen's report submitted to Emmanuelle Wargon, Minister in charge of Housing, the FFB is delighted to see three of its recommendations included, namely the establishment of mediation commissions with the Prefects of the departments who could be seizures in the event of refusal or withdrawal of permits which nevertheless comply with the PLU, the acceleration of the processing of disputes on these same refusals or withdrawals and finally the experimentation of the “declarative permit”.

On the other hand, the FFB deplores seeing the local charters dubbed and reinforced, without prior impact studies or support mechanisms. Announced as the only counterpart, the hypothetical acceleration of the examination of the permits remains clearly insufficient, while dilatory pre-examination systems are multiplying in the territory!

Likewise, the recommended widening of the base for the development tax, without reference to the principle of proportionality (a newcomer finances new equipment in proportion to the use he makes of it), would make it impossible to balance economy of number of projects.

For Olivier Salleron, the president of the FFB, “It is regrettable that the collective work which led to the very positive measures recommended in volume I of the Rebsamen report has been blunted in volume II. In fact, the latter balances between proposals likely to revive the issuance of permits and proposals likely to penalize new projects. In addition, it lacks a call for the necessary revision of the 2014 zoning, especially since the Covid-19 pandemic is profoundly changing the situation. "