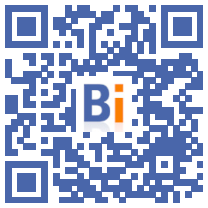 The French construction giant Vinci announced on Monday that it had obtained two contracts worth a total of one billion euros for two high-voltage lines in Brazil, the largest of which includes an operating period and 30 year maintenance.

Signed by the subsidiary Cobra IS, acquired in 2021 from the Spanish group ACS, these contracts relate to the design and construction of more than 2.000 km of transmission lines and several stations, more than half of which in the state of Minas Gerais. , near Sao Paulo.

One of these contracts also covers the operation and maintenance for 30 years of 1.080 km of line, for 3,48 billion rials, or 670 million euros, according to a press release.

The works which will mobilize "more than 5.000 employees" should be completed at the end of 2027, specifies the group.

The international now weighs for more than half in the activity of Vinci, which made a net profit of 1,9 billion euros in the first half, higher than before the Covid-19 pandemic and more than doubled. compared to 2021, against a background of 26% growth in turnover, to 28,5 billion euros.

The acquisition of Cobra IS, which has already installed "about 32.000 km of power lines" in Brazil in 20 years, represented "a little less than half" of this sales growth, the group explained at the end of July, during the presentation of its results.