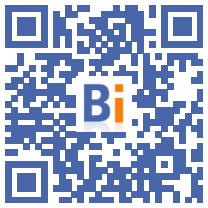 Vinci has won, through its subsidiary Cobra IS, a contract "nearly a billion euros" to design, build and install two offshore wind energy conversion platforms in Germany, the French group announced on Thursday July 21.

These platforms will have to connect several wind farms to the German electricity grid and will be able to supply "the equivalent of a city like Hamburg, or 1,8 million inhabitants" from 2028, Vinci said in a press release.

"Their role will be to convert the alternating current produced into high voltage direct current, then to transport it to the ground stations, located up to 280 km", specifies the press release.

The customer of the contract is the German Amprion Offshore, one of the four transmission system operators in Germany according to him.

The company specifically awarded the design-build-installation contract for the platforms to a consortium made up of a subsidiary of Vinci (Dragados Offshore, a subsidiary of Cobra IS purchased by Vinci in December 2021) and the German Siemens Energy.

The platforms will be built in Cadiz in Spain, to allow the creation of more than 1.000 jobs until 2027, promised Vinci.

This is the third project of this type for Dragados Offshore, the statement said.