Vinci wins a 500-year, 30 million euro contract for a road in Germany 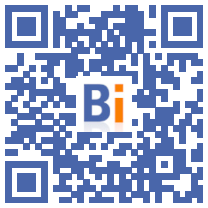 The construction giant Vinci has won a contract representing an investment of 500 million euros to build and operate a new federal road in Germany over 30 years, the French group announced on Wednesday in a press release.

The B247 road, which will link the towns of Mühlhausen and Bad Langensalza, in the center of the country, will be 22 kilometers long, plus 6 kilometers of access roads.

It was DEGES, the public body in charge of transport infrastructure in Germany, which awarded the group the construction of this federal road, the first to be built and operated as part of a public-private partnership in Germany. , specifies Vinci in his press release.

Within the framework of this public-private partnership, Vinci will be remunerated by a royalty, independent of the level of traffic on the road.

The objective of this new connection is in particular to facilitate access to the motorway network of the regional state of Thuringia, and to relieve traffic on the existing road.

"About 15.000 vehicles per day are expected to take this new route, of which about 15% are heavy goods vehicles," says Vinci.