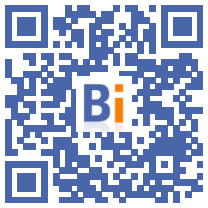 The French construction giant Vinci announced on Wednesday November 9 that it had obtained a contract worth 4,4 billion euros to build a major section of the new Toronto metro in Canada, a project planned over more than 7 years with " more than 1.500 direct jobs created" according to the company.

Vinci Construction Grands Projets (50%) in consortium with Ferrovial (50%) have been selected by Metrolinx, the authority responsible for transport in the Toronto region, "to design-build-finance a significant section of the new Ontario metro Line," the band said in a statement.

"The contract, worth 6 billion Canadian dollars (4,4 billion euros), concerns the financing, design and construction of the civil engineering - excluding railway equipment - of a twin-tube tunnel of 2 x 6 km, and the construction of 7 new stations for all trades", explains Vinci, according to the press release.

Vinci announces "more than 1.500 direct jobs created during construction", scheduled to last 89 months with delivery of the work in 2030.

The financing will be "partly mobilized by the manufacturer" thanks in particular to a "banking facility mobilizing an international pool of eleven banks, including three Canadian".

"Vinci Construction confirms its roots in Canada", welcomes the group, which is already carrying out a "design-build-financing contract in progress in Ottawa, for the extension of the Confederation line, covering 27,5 km of tracks news, 16 stations and associated works".